On Friday 7th March 33 keen UBESters headed to the Yorkshire Dales to attempt the 3 peaks challenge. After a few minor hiccups such as me forgetting all the paperwork at the Union and Sarah’s car leaving without being full, we ended up in Selside at about midnight. The Bunkhouse, owned and run by Leeds Uni is more than adequate, with a large kitchen and good washing facilities (if the showers get hot!). The walk leaders were decided and we all settled down to try and get a few hours kip. 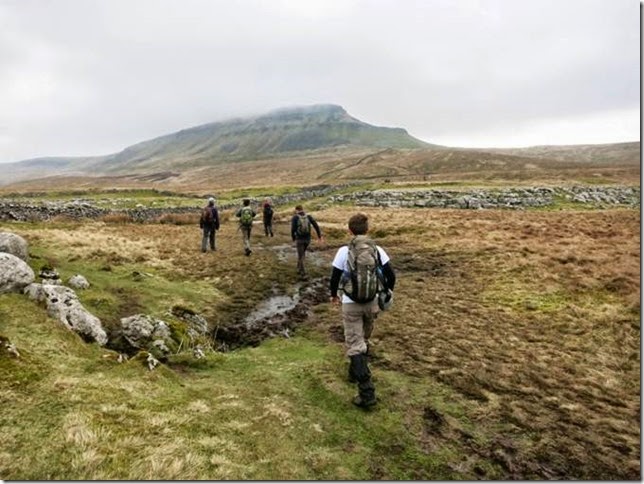 Saturday morning got of to a shaky start, as we spent half an hour trying to work the enormous hob. Eventually after deciphering the mammoth instruction manual, everyone was fed and we set of for Horton-in-Ribblesdale down the road. The groups were as follows: 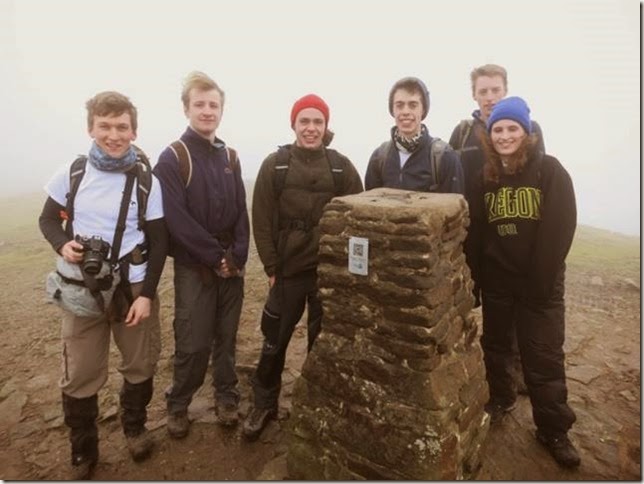 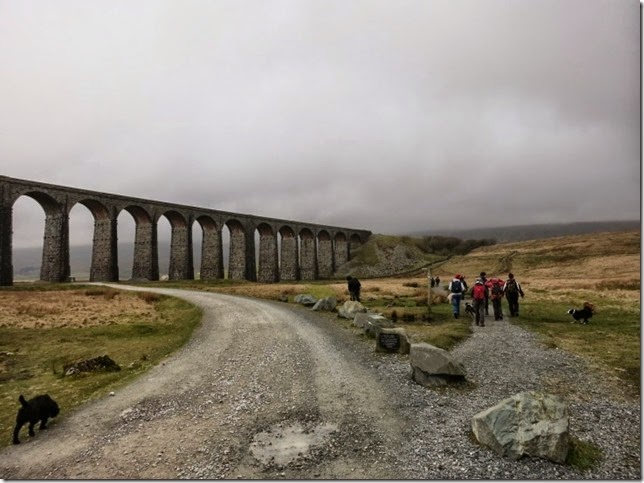 We set off at 0822, making some good pace through the mist over Pen y Ghent and through the bog to Whernside only going slightly off course in search of a waterfall, instigated by James Hassall. This turned out to be dried up, but the views were spectacular nonetheless. After the Lunching at the base of the Ribblehead viaduct, we began the seemingly never ending slog up Whernside, our 2nd peak. This proved long and challenging but the weather clearing our spirits lifted and the thought of completing the challenge in under 10 hours spurred us on down to the pub. 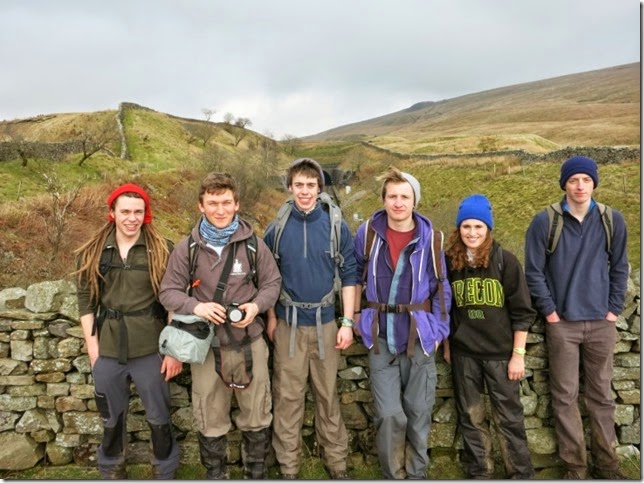 The skies were clear as we began trudging fast up the slopes of Inleburough. We were aching now. The previous 18 or so miles had taken it’s toll. But soon enough we found ourselves at the base of the very steep section to the ‘summit ridge’! The Summit plateau was windy but spectacular. Whernside and Pen Y Ghent could be seen far off to the north and east and it began to sink in how far we had actually come. 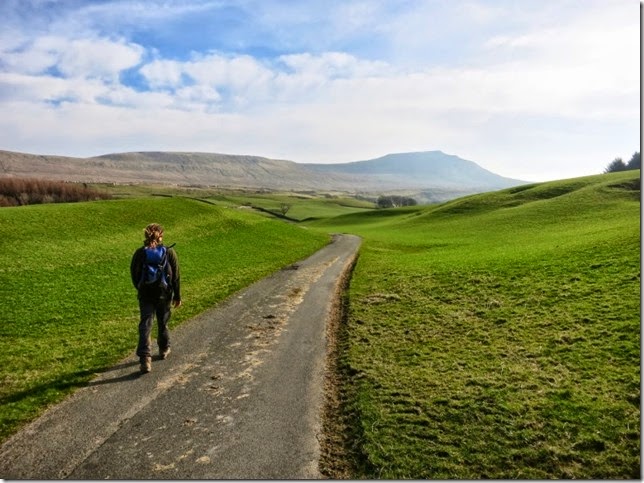 There was no time to linger however as we only had 1:40 to descend before the clock hit the 10hr mark. 7km in 100 mins seemed easily doable – it’s downhill along a path all the way right. Well it wasn’t as simple as that. The ‘path’ early on was very rocky and awkward, and later it was as though we were back trudging through the Pennine way bog experienced ~5hrs previous. Seeing a 2.75 mile signpost with 1hr to go we knew we had our work cut out, but nevertheless we found ourselves at the car park at 1818. Challenge complete. 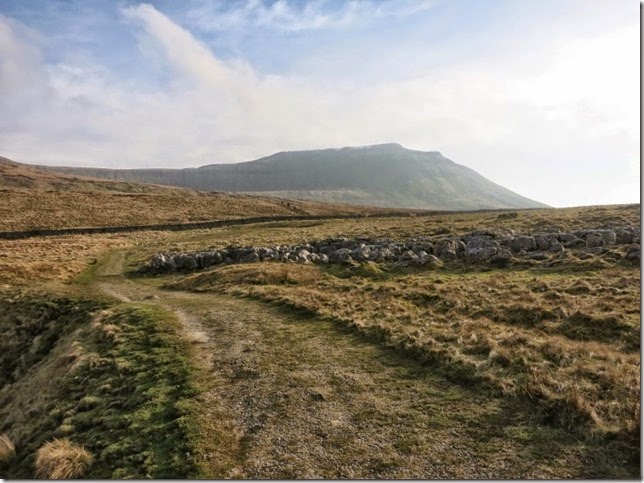 The day was not yet done, however. It was only before chopping veg, driving back to Horton with James in search of the final group, intercepting them at 11pm, picking up a hilarious drunk Sarah from the pub and enjoying some well-earned curry slop, the lone Corbra, and some table traversing, that I finally got some glorious shut eye. 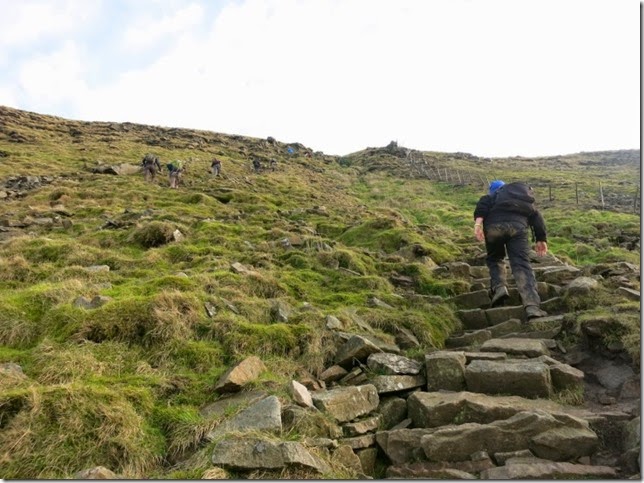 Sunday on the 3 peaks means only one thing – The Malham Bimble. This didn’t get off to the best of starts when Malham car park was overflowing at least 2 fold. We ended up at Malham Tarn and decided to walk down to the Cove and up the waterfall via the pub. An excellent day, capped off by a record breaking lake bag (19 people) and some naked photographing, was had by all. Leyland spoons provided some much needed coffee and food and after a few ours in the company of Hugo and Emily and our many vocal renditions in the van, the day ended at the Students Union at midnight. Tim Lewis 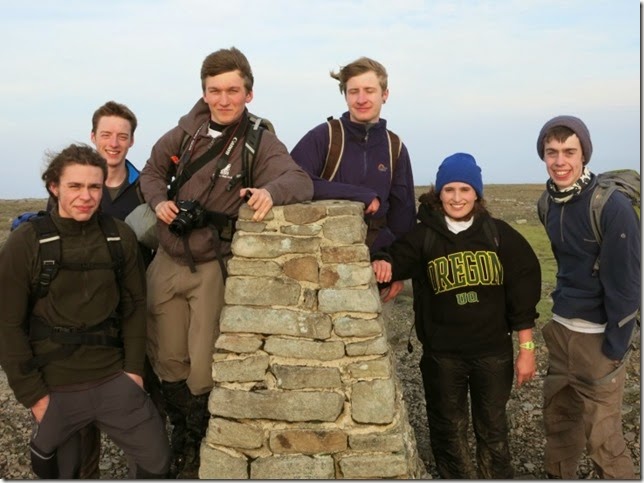 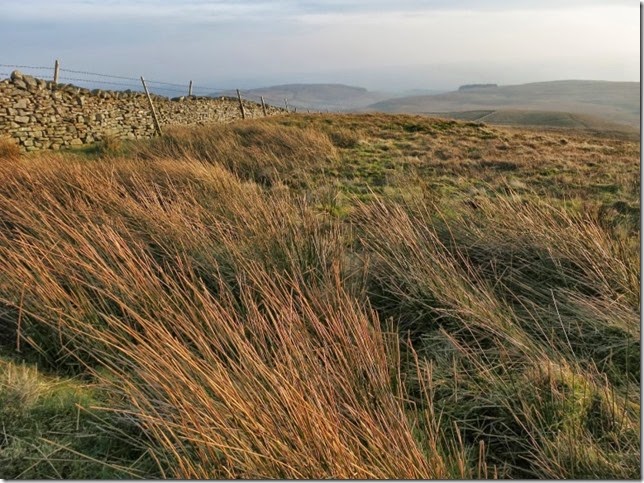 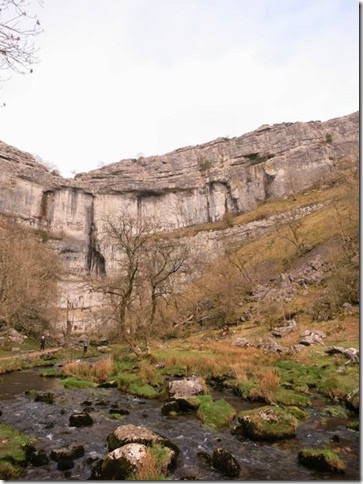 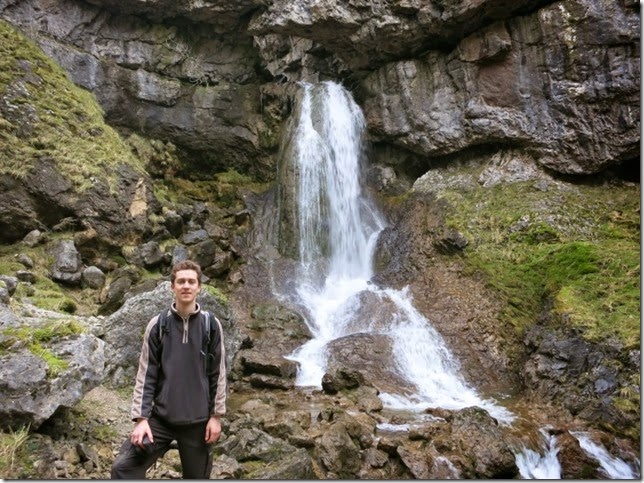