Reflections of an Urbanite: The Yorkshire Three Peaks 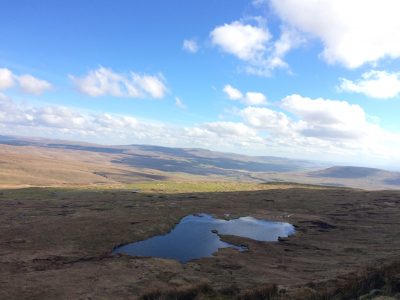 In hindsight, it is fair to say that we were pretty clueless. The three of us, having signed up for the trip on a wild and reckless whim, had no idea what to expect. The build up to departure had consisted of desperately borrowing kit from fellow UH residents and excitedly screaming ‘UBES’ at one another every so often. ‘Yeah I know how to hike, this is not going to be difficult’, Owen had confidently assured us. He was wrong.

Following a violent awakening to the sound of ‘Euphoria’ at 5.30am, we arrived, bleary eyed, at the bottom of the first peak. After pointing at several moderately sized hills and asserting ‘yeah that’s probably the other two’, our confidence began to dissipate. I wondered at which point it would be considered socially acceptable to start eating my snacks as the first mountain loomed ominously over my head. 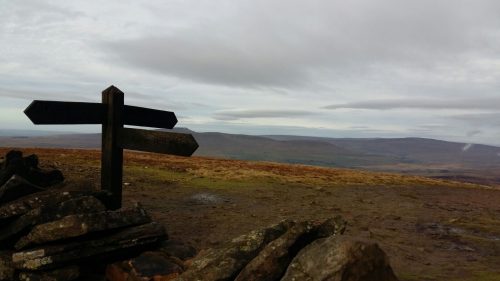 The first hour continued in a similar fashion. As I sat anticipating a cardiac arrest at the top of the first peak, Martha arrived and promptly declared ‘I may chunder’. Scaling all three peaks began to seem like a distant ambition and I wondered how we would admit to our friends back at UH that we had failed to do the one thing we had been going on about for the past fortnight.

But to my surprise, wonderful things began to happen on our pilgrimage across the Yorkshire countryside. Whilst descending Pen-y-Ghent, we realised that going down was far more enjoyable than going up. And as we journeyed across the winding road to the bottom of Whernside, the midday sun grazed my bare arms and face, enveloping me in a gentle warmth that could only mean Spring had arrived. The eight of us travelled some metres apart in single file, and whilst I settled into the unfamiliar feeling of solitude, I felt a welcome calm descend over me. The stillness of the surroundings was striking: the scenery appeared as though it were a still life painting, with only toy-like cars in the far off distance shattering the illusion. Then we stopped for lunch, and as I consumed bourbon biscuits at a rate of knots, I felt that I was truly beginning to enjoy myself. 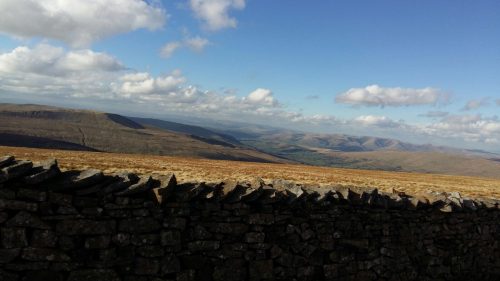 It would be accurate to say that we peaked at the tallest peak. Atop the snowy heights of Whernside, I wondered if I was finally becoming an adult. I no longer identified as the bad-tempered child who had ruined every family walk we’d ever been on. We descended as people reborn, with some inspired ‘anti-scrambling’ from Martha during the particularly perilous regions.

The inspiring narrative of self-realisation and perseverance is somewhat complicated by the final third of our journey. Dusk fell at the top of Ingleborough, and with it, morale. As I soberly put on my headtorch in the pouring rain, I realised that the next few hours were going to resemble one of Tolkien’s darker chapters in The Fellowship of the Ring. The gruelling descent in the pitch black lasted almost three hours, during which time I questioned if anything good existed in the world at all. Later on we agreed that without the guiding wisdom of Ollie and Ashley we would surely all have died on the hills.

But we didn’t die. We arrived back in Horton a mere 13 hours after we had set out (lol), muddy and broken, but victorious. And after we had recovered from the initial aftershock of almost losing our minds in the darkness, I appreciated that we had had an amazing day. We had walked under clear skies, seen rolling hills and waterfalls, and skipped across streams, all in great company. I’m so grateful to everyone at UBES for humouring three urbanites and letting us come on a big old walk. You guys were really great. If you’ll have us, we’ll be back for sure. 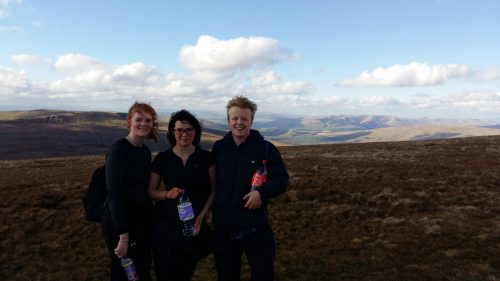