In the build up to the festive period 30 UBESters feverishly checked the mountain weather forecast wishing that Santa would bring a spell of cold weather to replenish the snow in the West Highlands. Santa delivered and we headed off with high-spirits to a cosy bunkhouse in Fort William for a week of winter mountaineering!

To begin the week, 15 of us completed a Winter Skills course run by Richard Bentley. The first day we headed up Coire na Ciste on The Ben to practice using crampons on steep ground. We also learnt how to correctly ice axe arrest through the medium of seal impersonations.

On the second day we completed our first Grade 1 route up Broad Gully to summit Stob Coire nan Lochan, which gave us the perfect opportunity to practice our technique and work in small teams to kick steps into the snow. After the course we all felt a lot more confident with the equipment and eagerly anticipated putting our new skills to the test. 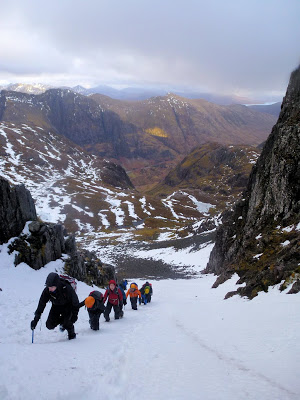 Throughout the week, groups did some ambitious routes on the Ben including Number 4 and 5 Gully and the CMD Arete. Others bagged a lot of Munros in the Eastern Grey Corries loop and the scenic Buachaille Etive Mor (as seen in Skyfall). For the slightly hungover among us, the unique nature of the ‘Pap of Glencoe’ provided plenty of entertainment. 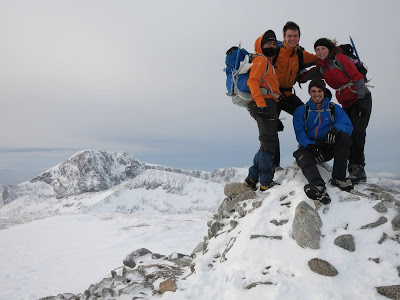 Half way through the week Storm Frank prevented any big walks for a day, so climbers took the opportunity to go ‘dry’ (read: wet) tooling. Others took a scenic bimble to Steall Waterfall and the less sane among us a very soggy run through the bogs of the Great Glen. 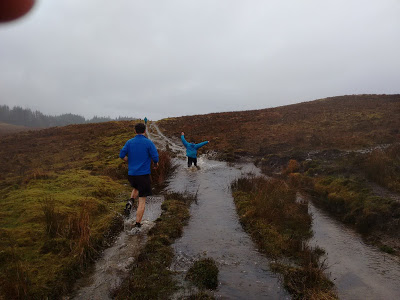 Our best weather day fell on New Year’s Day, so New Year’s Eve was hastily celebrated before we headed to bed to get some rest before the big walks that everyone had planned. Achievements on New Year’s Day included the Ring of Steall (rated ‘5 out of 5’ on the UBES difficulty scale), Anoach Egach (the narrowest ridge on UK mainland) and (almost) the The Lochaber 4000s. 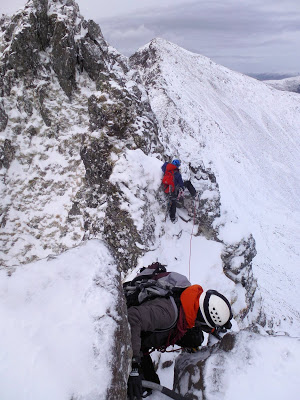 The final day was mostly spent resting and taking a short trip to see the ‘Water Features’ of Fort William – although of course in true UBES spirit some people headed out to summit Ben Nevis!

Over the week everyone tackled some big walks and headed home with some aches, pains and some great memories to match. 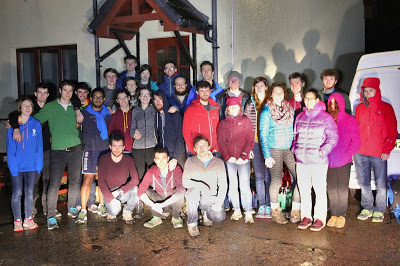 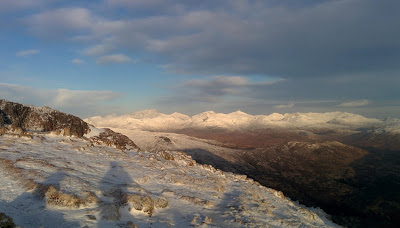 Some awesome videos of the trip:


Want to come with us next year? Look out for the Scotland Intro talks in November 2016!