The Lakes in early February

The Lake District trip earlier this February was one of my favourite UBES trips. We were lucky to have beautiful sunshine all weekend, basically no wind and the not-yet-melted snow from the flurries the week before to play in (a great combo). 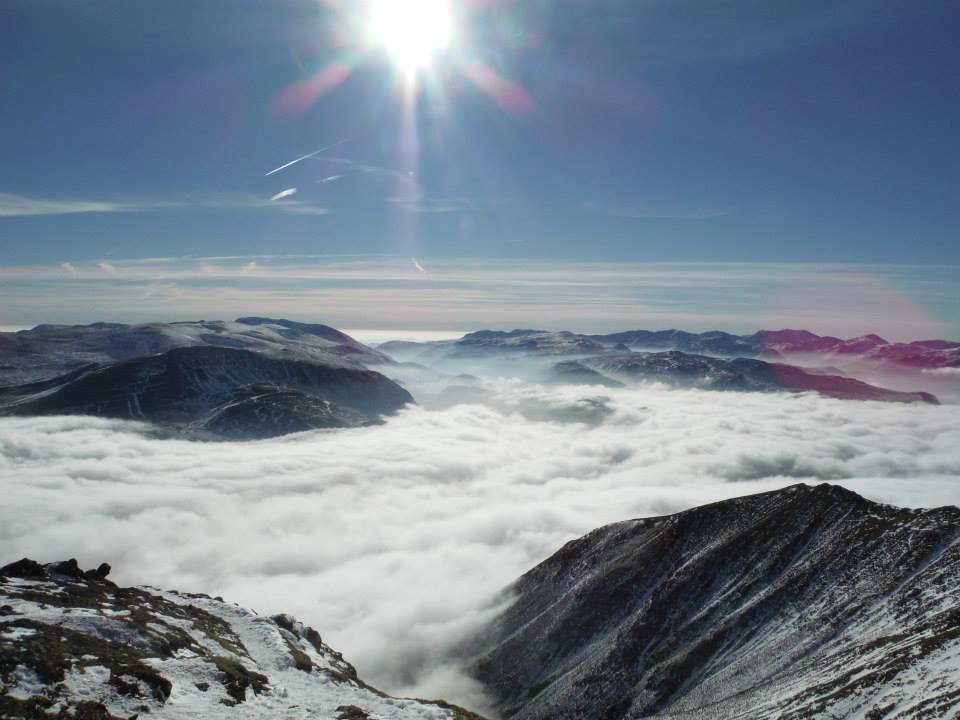 Saturday morning’s drive from Thirlmere to Glenridding was spectacular: low morning light and misty fields. From there, a group of us tackled Striding Edge, bumping into another group at the summit of Helvellyn who’d walked up from Thirlmere. Striding Edge was in basically summer conditions, with no ice and patchy snow; we felt a bit silly in our crampons!

We met a woman who reminisced of her student days, when her university hiking club would hire a minibus from their union for £5 for the weekend, fuel included! How times have changed. 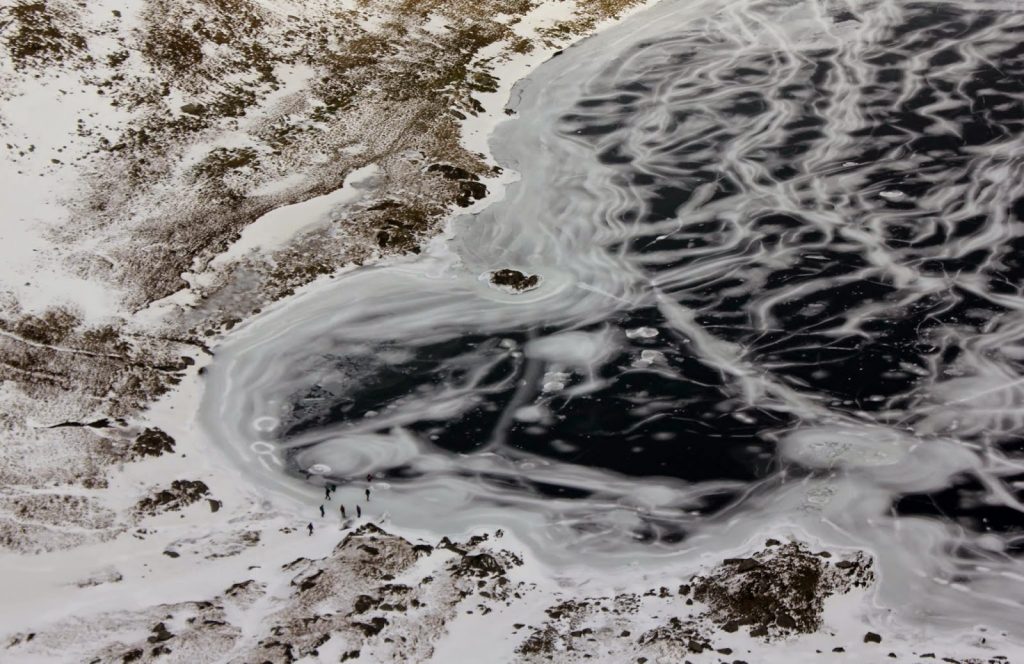 Looking down onto Red Tarn from Red Tarn Cove (spot the UBESters!)

…Some things will never change, and we stopped at Red Tarn, after descending via Swirral Edge and a snowy, bum-slidy gully, for an inevitable lake bag. This involved hacking through 4’ thick ice and very little dignity. Luckily, Hugo’s Jetboil restored some warmth to icy limbs. 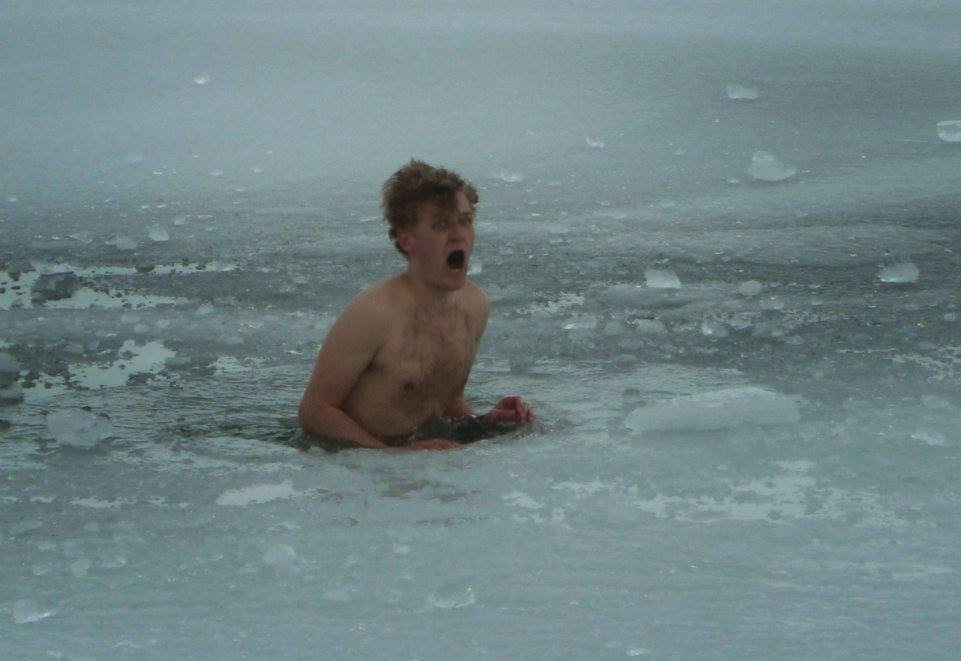 In the midst of these naked antics, we spotted Laurence, Ben and Duncan on V-Corner (III) on Red Tarn Cove. 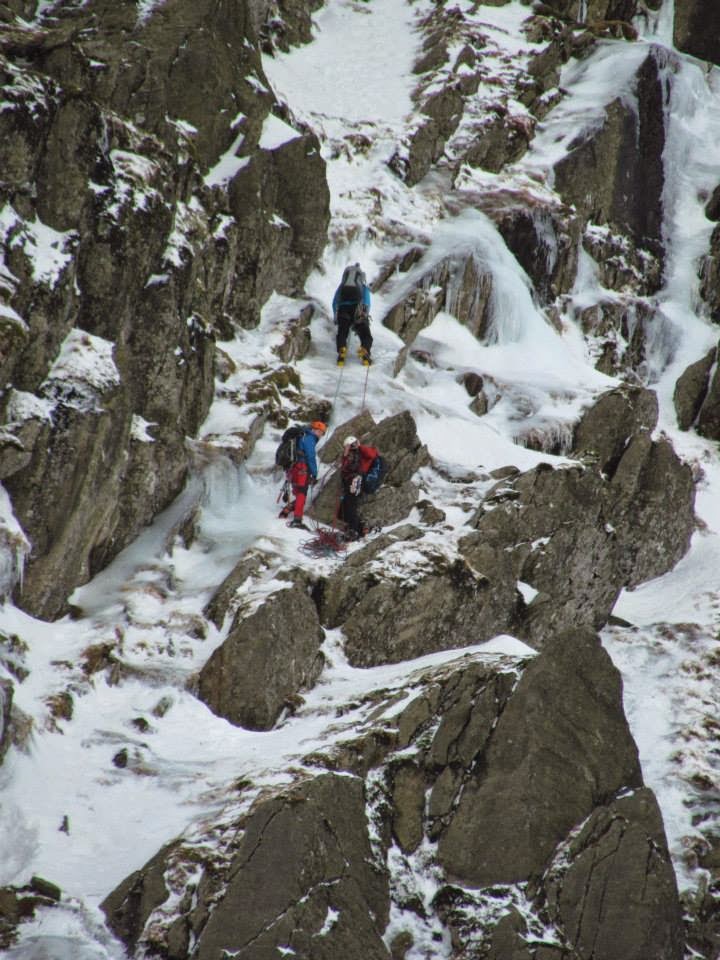 The boiz on V-Corner (III) on Red Tarn Cove 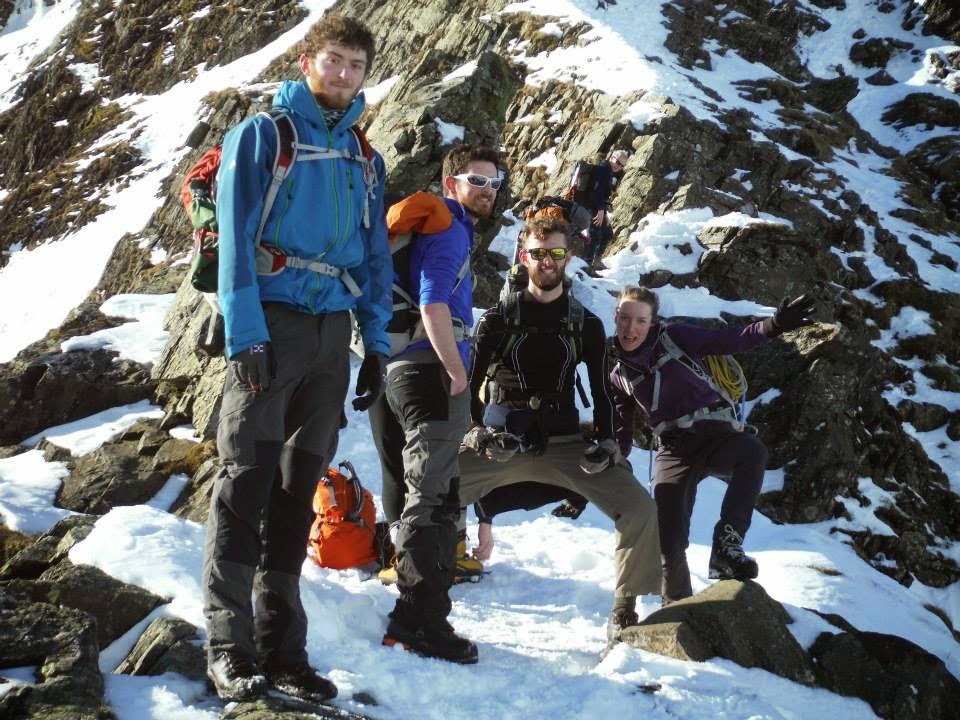 On the Sunday, Striding Edge and Sharp Edge were revisited, along with some some lower level walks. It was another beautiful day, with stunning cloud inversions. 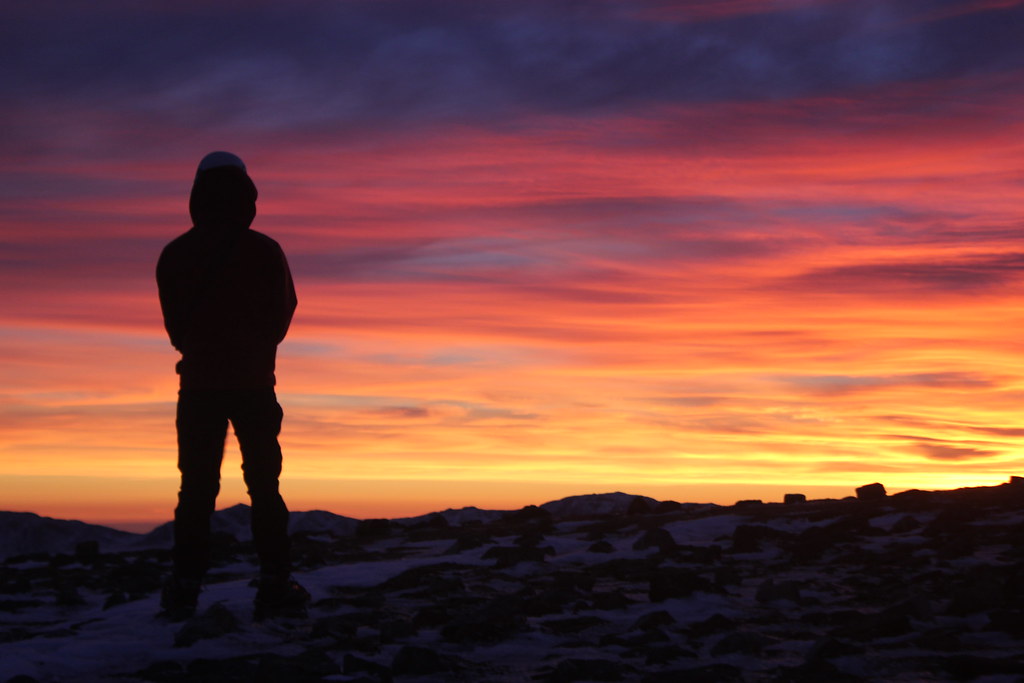