Notice for the Appointment of UBES Honorary Presidents

This year we have made the decision to appoint two individuals to the position of UBES Honorary President. This is a purely ceremonial award to recognise the significant contribution an individual has made to the society over a number of years or to expeditions taking place outside of the UK. 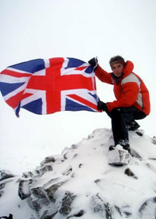 George was originally a kayaker at university before making the switch to mountaineering. He spent a number of years on the committee, one of which as President and he still continues to add value to the society by returning and joining us on trips. Over the past three years, George has been fortunate enough go on two overseas expeditions. One to the Russian Altai, which he organised and led and then more recently the high profile expedition to the Djangart region of Kyrgyzstan. Both expeditions saw world first ascents achieved. With the undertaking of these expeditions and multiple ‘67hour’ adventures we feel that George truly embodies the sense of adventure that UBES strives to develop and nurture. 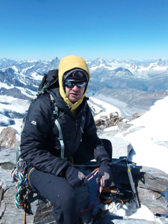 Rob has been involved with the society ever since he first arrived at Bristol and has been on the committee more times than I can remember and was also President for a year. Initially a very keen climber he soon became an active member of the society before moving towards more general mountaineering, including becoming an avid winter climber. In the past few years Rob has particularly pursued weekend hits to mountainous areas when winter conditions are ‘in’ along with an avid appetite for alpine climbing and exploring new mountain ranges. Most recently Rob and a fellow UBES member attempted to climb Mount Olympus in rather challenging conditions as part of an exploratory trip round the relatively unvisited mountains of Greece. One of the greatest contributions that Rob has made to the society over the years that he has been here is in passing down both his mountains skills and experience. This is something that he has done almost selflessly by running multiple training weekends and days. It is Rob’s wanting to explore and willingness teach and help younger members that we feel embodies the mindset of UBES. The contribution to UBES and exploration within young people by George and Rob cannot be underestimated and it was an easy decision for us to bestow this position on both of them.