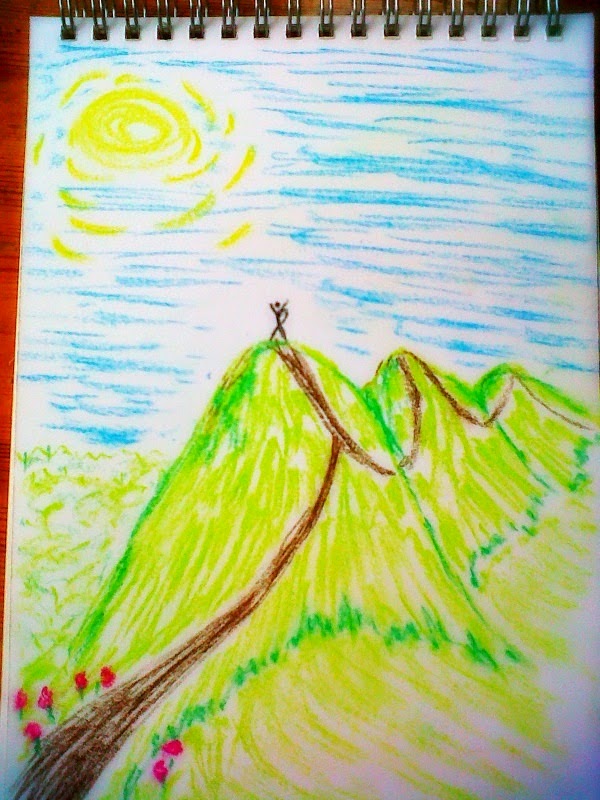 I didn’t take any pictures, so I drew some and tried to
paint the rest with my words.

Picture the scene, Monday last week (the sunny week), exams
finish and the doors of Lizard Lounge creak limply in the wind due to everyone
else’s continued revision. The solution to my disappointment: head to the Breacons;
so I packed my bag and jumped on the train. Now, sat bored inside while grey
showers patter on windows, I reminisce on the care-free scene….
The hills were seas of grass and moss, the valleys were
bright with late spring flowers, and the lambs bleated shouts of joy. From the
charming little station of Abergaveny I took the bus to Crickhowl and by early
afternoon had set up over the hill of Mynydd Llangatwg. I crossed
the plateau and then skirted a small valley to the larger valley of Dyffryn. The
evening closed early, since I had started late and the top of the valley seemed
the best place to set up camp.  The rough
mountain flora created the perfect patched quilt to set up my tent and a ready
stream ran by waiting for my sauce pan.
A sneaky pulse of logic hit my tired brain, to
set up the stove and boil the water as I set up the tent. Congratulating myself
for this foresight I dipped my hand inside the pan for my lighter, sadly
however there is a lesson for us all here: don’t store lighters in places where
camels might leak on to them (particularly in a pan where water pools and soaks
the poor thing through). The lighter obviously didn’t work I settled for
breakfast (muesli) instead of dinner. 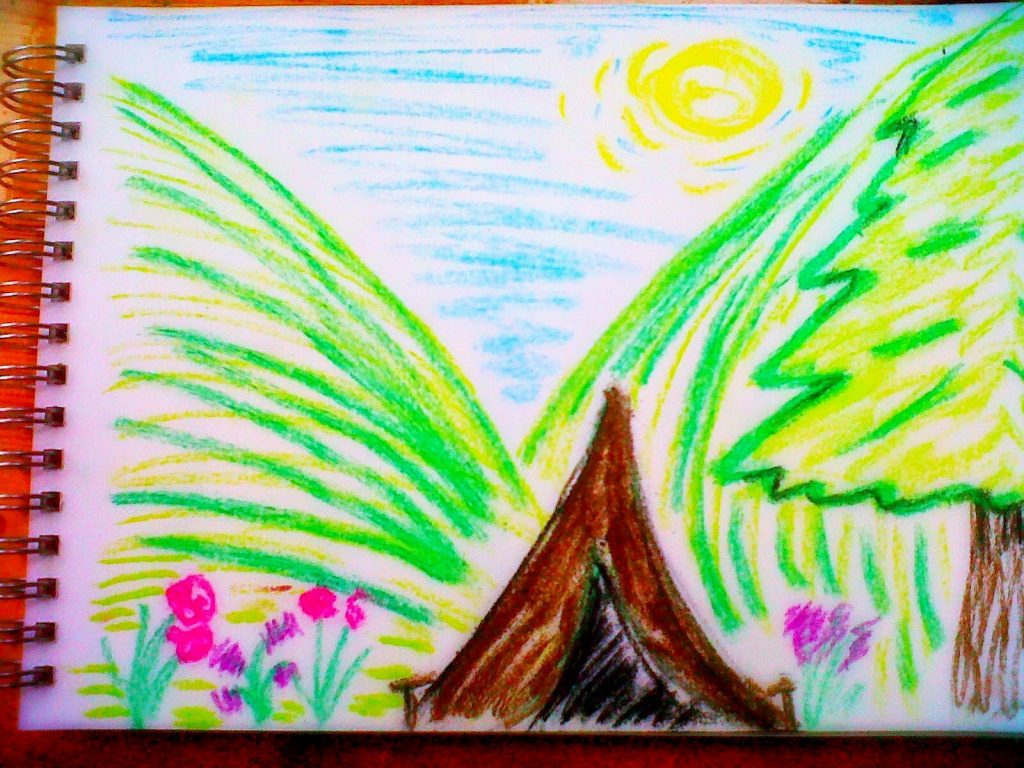 The morning light woke me early and the cool dewy
grass promised another bright day. Happily, the lighter had dried nicely in my
sleeping bag and I enjoyed nutritious noodles before setting off through the forest of
the Dyffryn valley. The valley was eerily quiet but even in the very early
hours, the sun burst through the leaves and set all the little birds tweeting
about their morning business. My spirits were high too, and I merrily rounded
the valley to come to Tallybont, an even larger valley which would lead to the
bigger hills around Pen y Fan.
From Tallybont there is an initial, unyielding
steep assent of 200m. From the bottom it is tempting to make a mountain out of
a mole hill, particularly with my 14kg of water, tent, stove ect., but step by
step the top is overcome quite easily. From here there is a flat stretch to
reach the ridge of three summits, the finale being Pen y Fan. The stretch over plateau
is simple but, stepping off the path is treacherous and following loose ends of
dry tufts could lead in circles around the marsh. Despite my giddy spring spirits
I had another blast of clear cut logic; I took a bearing, which to my great
delight worked first time and lead me on a dry path safely across to the first
summit of Fan y Big.
Here I caught the first sightings of other
people, and to my great surprise the population of the ridge grew towards the
summit of Pen y Fan which I reached just after midday. It all became clear when
on my decent to the road on the western side I saw how truly accessible it was.
Not an hour from the top two car parks with burger and ice-cream vans made a lovely
day out for visitors. My isolated journey could have been mocked by the gaggle of
day walkers in jeans and trainers at my destination. However I ignored the
funny looks at my back packer’s plod and descended hill like a (slow) king.
Feeling rather triumphant at my first solo back
pack I reached the bus stop and sat on the grassy verge. I was joined by a
small, grey bearded man who, I noticed by the size of his bag, had also been
camping out. Hoping to share pleasantries and perhaps slip in one or two of my
achievements I asked him where he’d been. It turned out he had been out for
seven nights and had covered a considerable number of miles. I kept my now
worthless boasts to myself and enjoyed the windy bus journey down through the pretty
valley back to Cardiff for the train home. 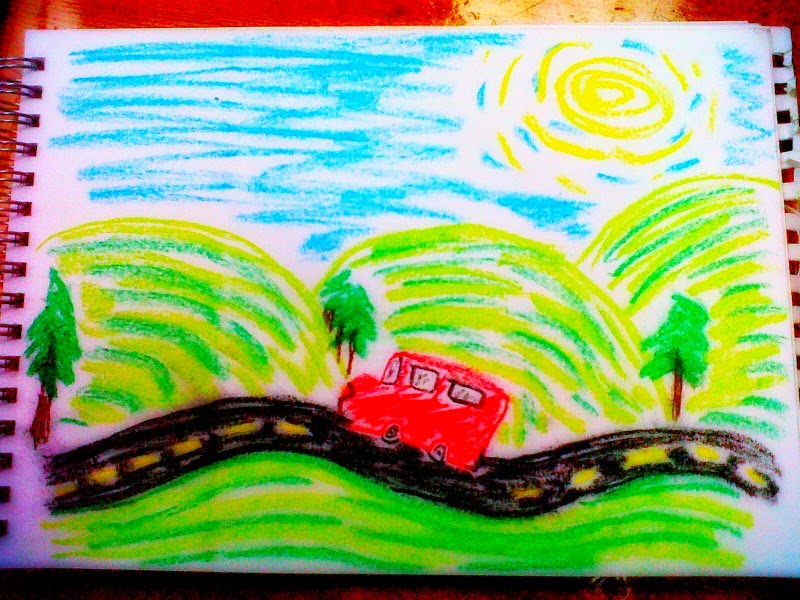