October 2013 saw around 45 students travel to Tremadog in Snowdonia National Park for a weekend of windy, wet and cold UBES fun! 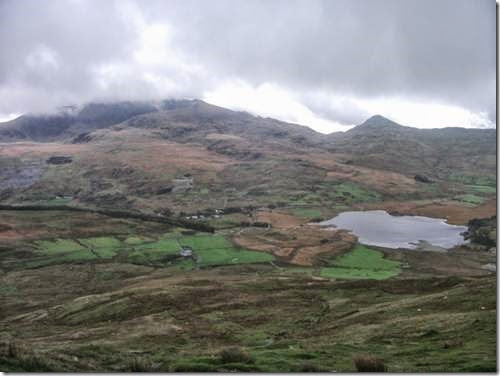 The first day was forecast to be very poor weather wise. Unbeknown to us, this was going to be the worst storm to hit Britain in years and actually one of the lowest pressures since records began was recorded that weekend.. Walks in the Carneddau, Glyders, south of Beddgelert, and along the Nantlle ridge took place with many groups having to link arms at the top of summits due to the adverse weather conditions. The day turned out to be fine in the earlier stages but by 4pm it was gushing from the heavens like never before, only a large bowl of UBES slop could brighten our spirits! 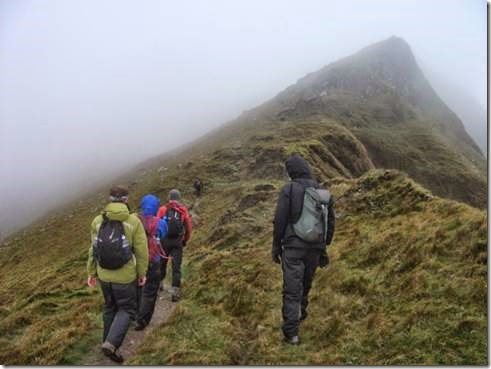 My group tackled the mighty Nantlle rigde, arguably the most scenic formation of Northern Snowdonia outside the 3 main mountain ranges; Snowdon, Glyders and the Carneddau. We made good progress up the very steep slog from Rhyd-ddu, and as the weather improved the further we traversed along the ridge, it became more likely that we’d complete the whole thing! Sure enough, but not without some moderate scrambling, veering off route slightly and some seriously speed gusts, we reached the sixth and final peak in good time. The descent to the base of the valley was quite pleasant, with some off-piste slogging down steep slopes and across rivers proving to be wildly entertaining. This was, however, until we reached the quarry system just north east of Moel Hebog, where absolutely chucked it down. We were very glad that we descended the ridge when we did! After a few hundred metres of ascent, taking some time out (yes even in the terrible conditions!) to gaze in wonder and awe at a huge pit and caving system, and finally descending around Llyn-Y-Gader we ended up back at the vehicles, soaked to the bone. 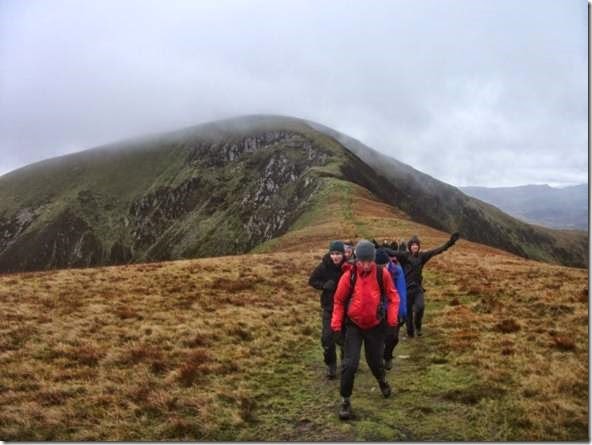 The Bunkhouse that we stayed in is owned by Eric Jones – a prolific Welsh climber and mountaineer, and has a spacious but cold barn with a climbing wall. We enjoyed a lovely but somewhat quantity lacking slop dinner, cooked by our very own chefs Ben and Dom (along with everyone else who did the chopping and helped out. What followed turned out to be the strangest ‘licking the pans and plates’ session I’ve ever been involved in, not that I’ve witnessed any before I must add! I never thought that so many intelligent, grown men could go so mad over a scrap slop juice, a chick pea and thin pieces of Sainsbury’s basics bread’. Sadly, (or luckily) this wasn’t caught on camera. The evening culminated in worryingly violent games of suspended sock wrestling! 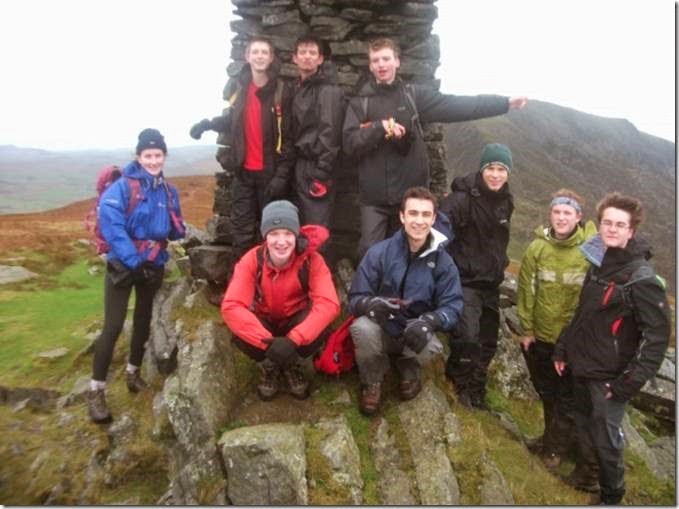 We arose bleary-eyed the next morning to an even worse forecast: walking conditions up high were described as tortuous, meaning sadly no high summits! Nevertheless, my group had a fantastic day trudging around the southern area of the Snowdon massif in attempt to summit the legendary mountain’s subsidiary peak; Yr Aran (747m), a feat that the whole team deservedly achieved. Setting off from Beddgelert, the earlier stages of the route were far from satisfactory due to route finding issues and at one point a Farmer having some strong words with us… After much wall hopping (many people renamed the walk the ‘wall walk’ for this reason) we found the main, broad ridge leading to the summit. It became windier but as we rose the people who’d been on the previous day’s Nantlle ridge walk were blessed with beautiful views of the route. The steep drop from the first summit to Llyn-Nantlle-Uchaf actually looked quite daunting from this angle. 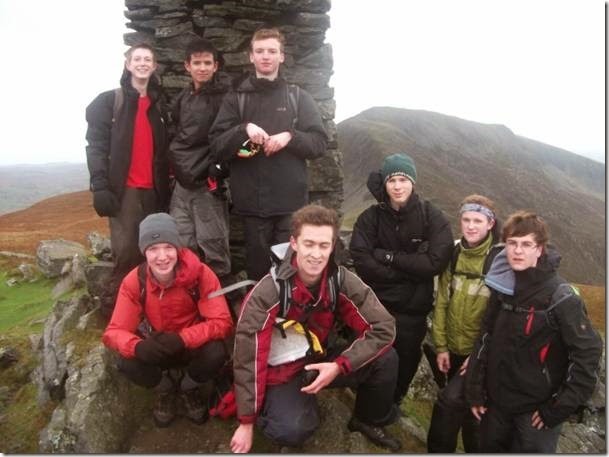 From the wind battered summit of Yr Aran we descended to the north towards Snowdon, then, once at the saddle, dropped down following the Watkin Path Back to the car park a few miles up the road from Beddgelert. It was pleasing to see that they’d almost finished the hydroelectric project dubbed ‘Snowdon Hydro’ (http://ntenvironmentalwork.net/snowdon-hydro/) as back in June the path was an absolute state in some sections to say the least.As night began falling, we just had enough time to bag Llyn Dinas. Around 15 people got fully submerged, fully naked in the lake, which must be some sort of record. 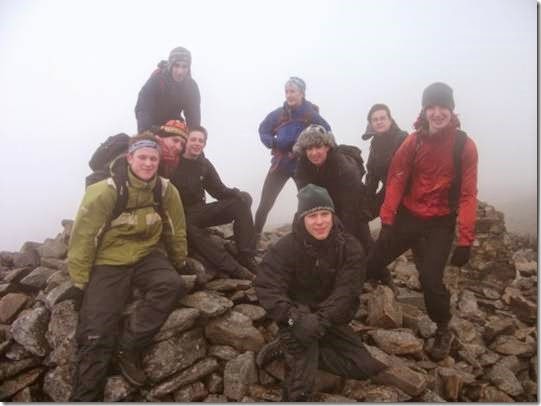 The weekend was bags of fun and we definitely did our best conquered the adverse conditions. A big thank you to everyone who helped out, all the group leaders chefs etc, and well done with all the fantastic walking! Tim Lewis