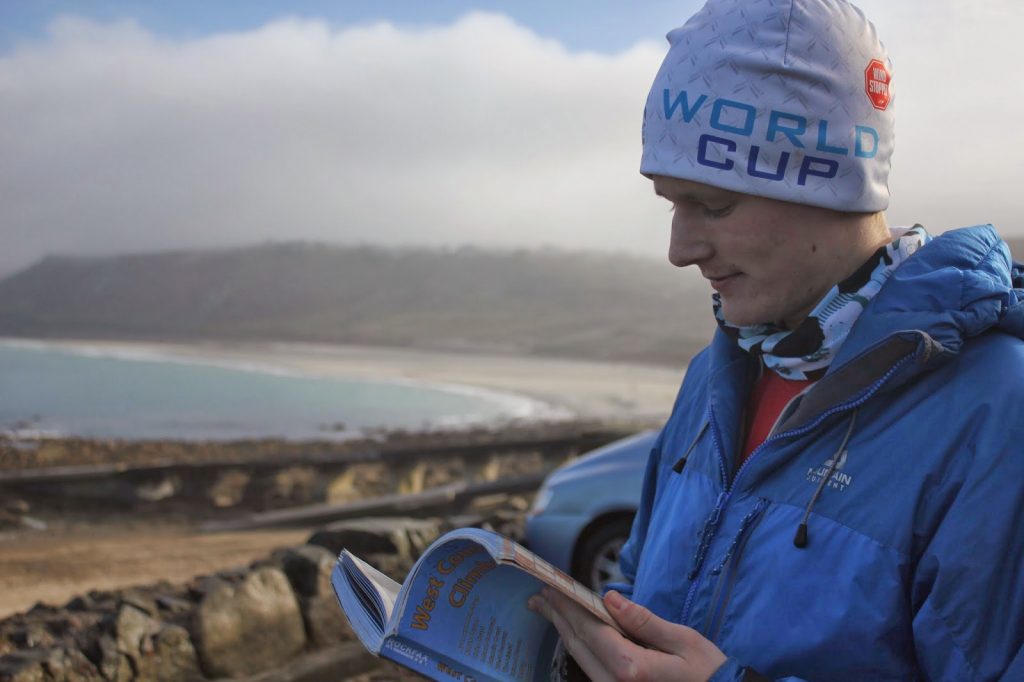 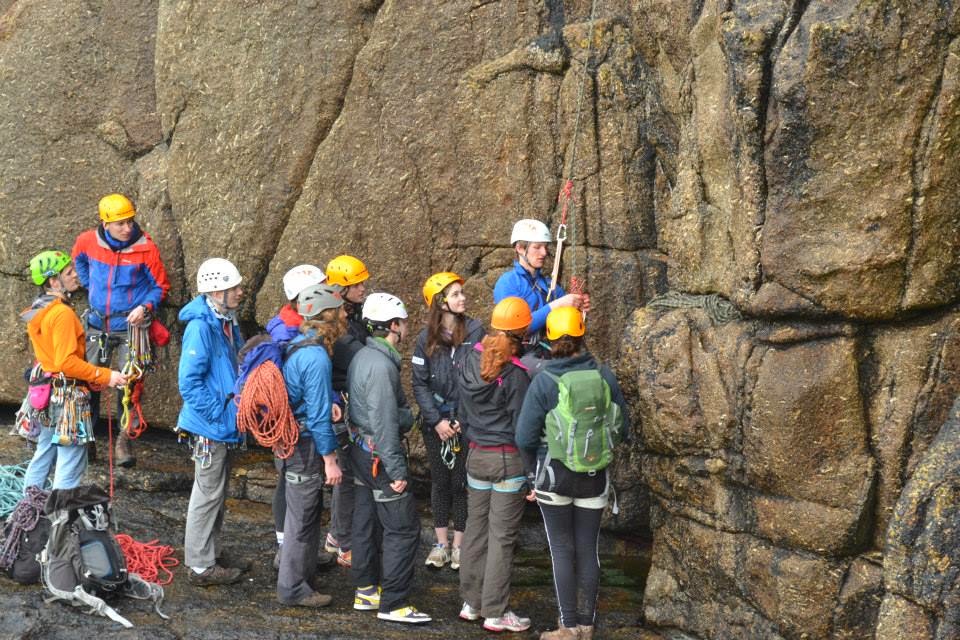 Abseiling down slimy cracks to the base of the sea cliffs, prospects of decent, dry climbing conditions seemed low. Once at the bottom of the routes, hopes faded further as climbers slid all across the algae covered ground. But Ubesters are nothing if not persistent, and having got down we had to get out, so one brave climbing officer started to delicately lead a route out while the other started lessons on rope prussicing, a method of ascending ropes using tightening knots. Persistence was rewarded and the clouds opened just as the midday sun reached the west facing rocks. 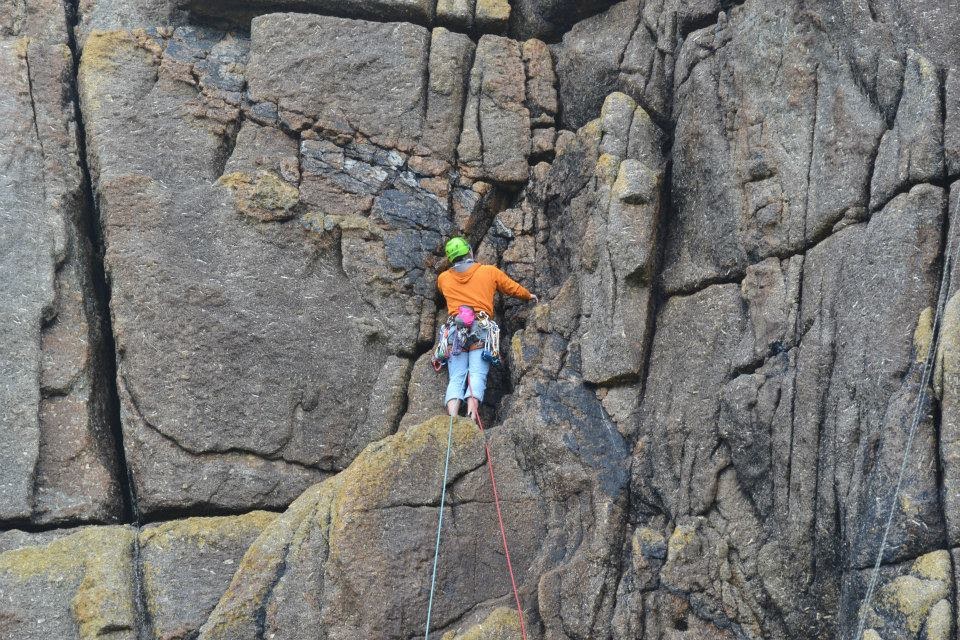 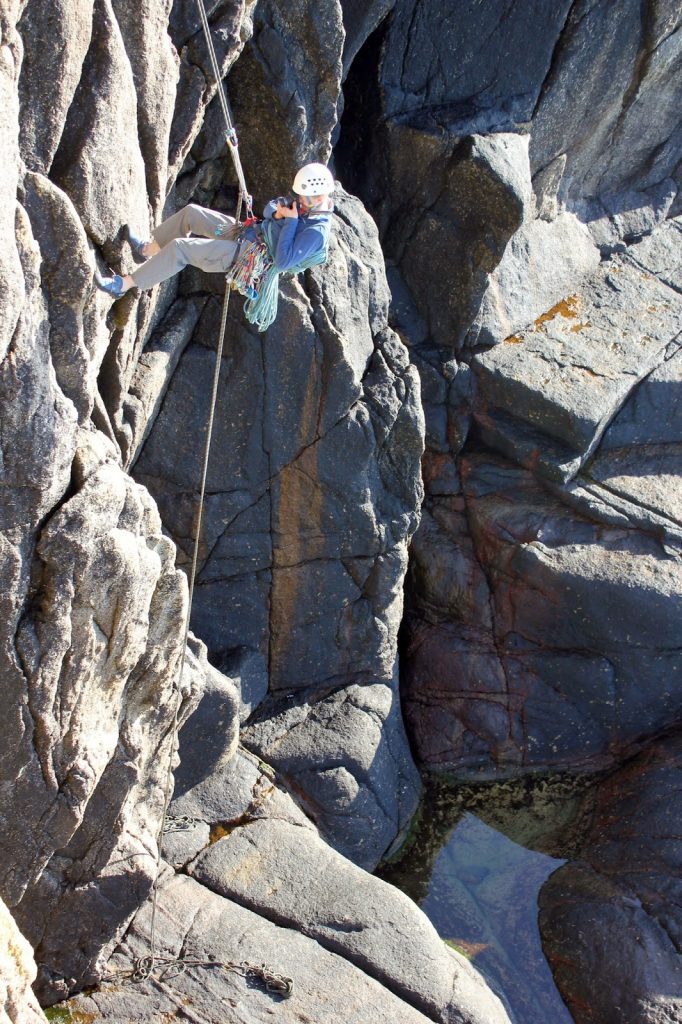 The sun spent the rest of the afternoon
steadily moving across the cliffs which quickly dried to the UK famed
grippy granite making good climbs for all standards. Everyone made the
most of the conditions; the single pitch granite was addictive and
everyone climbed though the sunset to the last light making spectacular
views. The day was ended in a friendly pub close to our campsite where
the group did the kitchen out of fish pie in the good company of “Louis”
the pub pug. 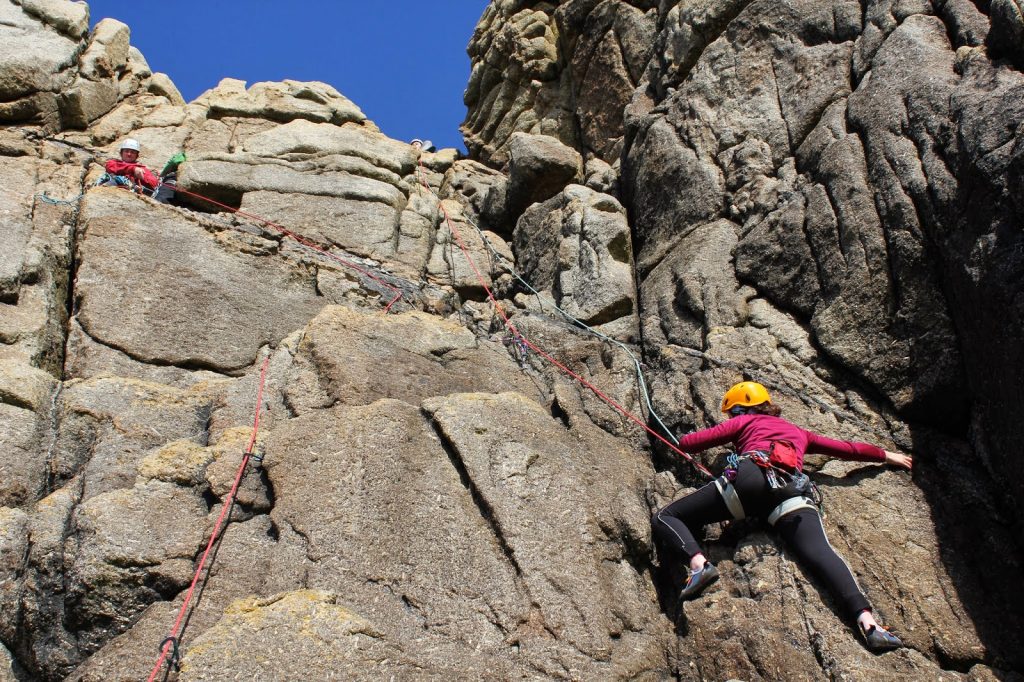 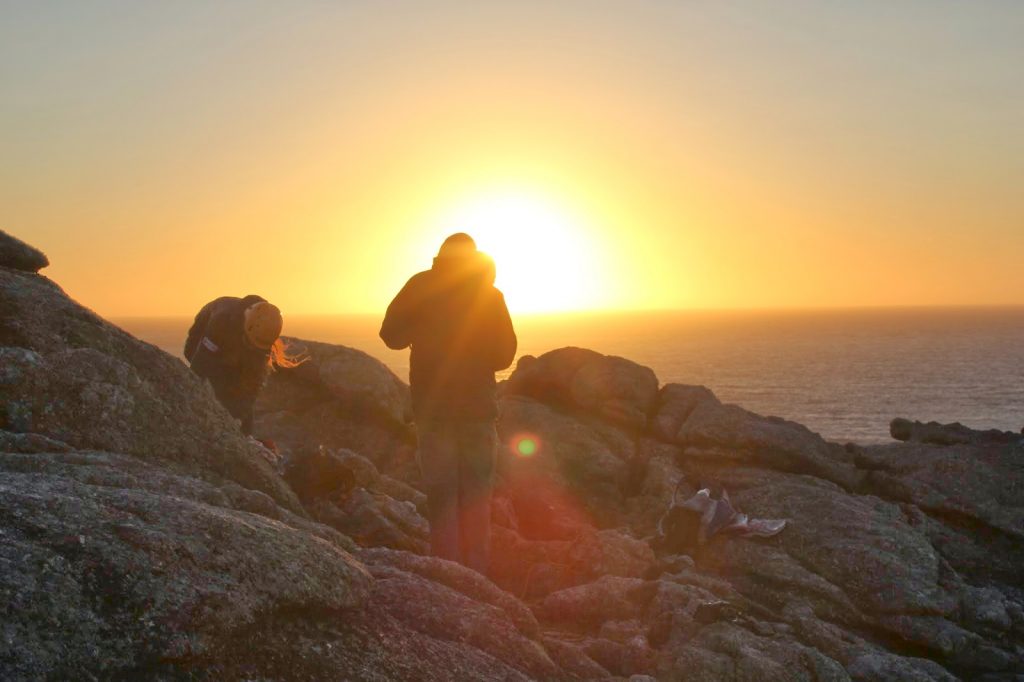 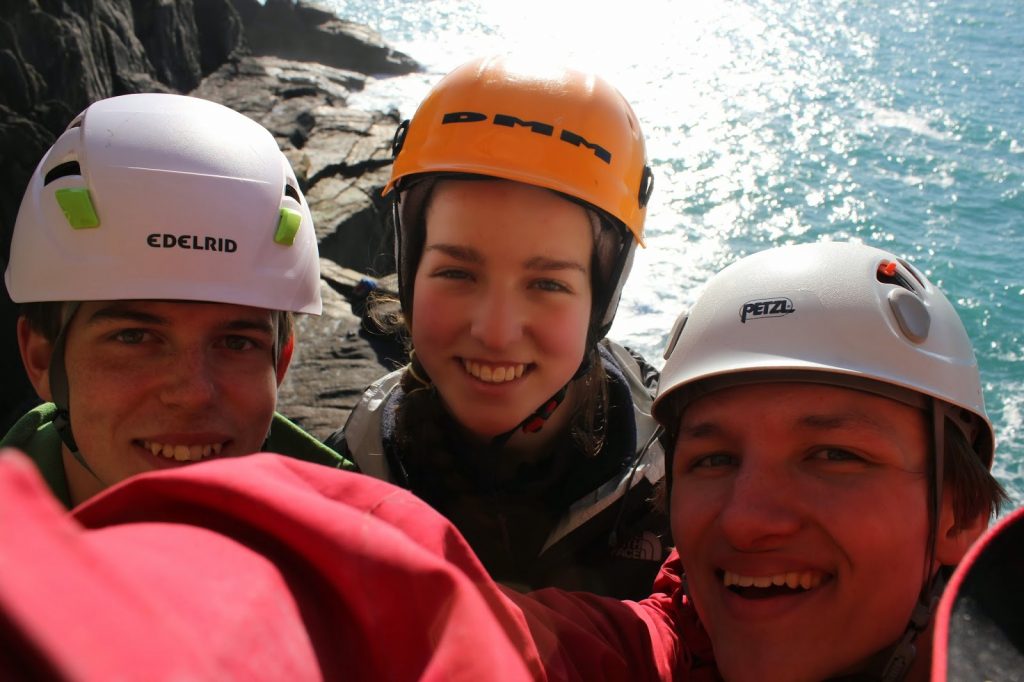 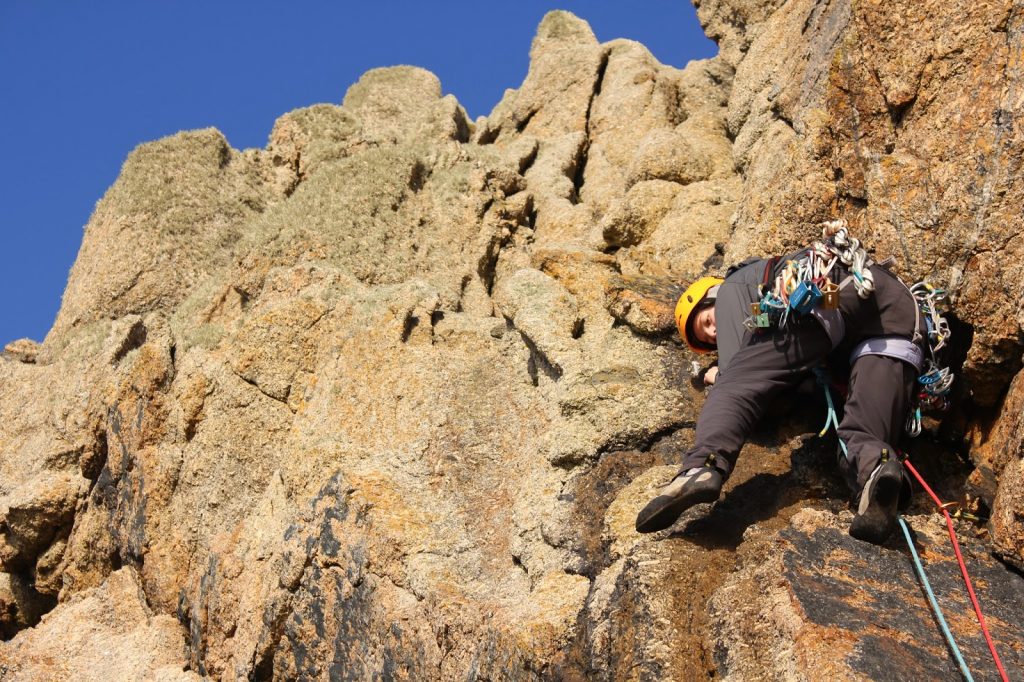 The next day, Ubsters tentatively poked heads out of tents looking for
the mist which had made the sea cliffs so slimy, but conditions were
looking better so we headed to the next planned stop, the muti-pitch
giant, Bosigran. From the car park we walked with the previous day’s
climbing excitement buzzing in the group. To reach the higher cliffs we
crossed giant grey boulders and traversed the steep high hillside which
turned into black cliffs and tumbled to the sea. The theme tune of lord
of the rings was sung and Arthur’s tales were imagined by the more
fanciful members as we took in the dramatic scenery. 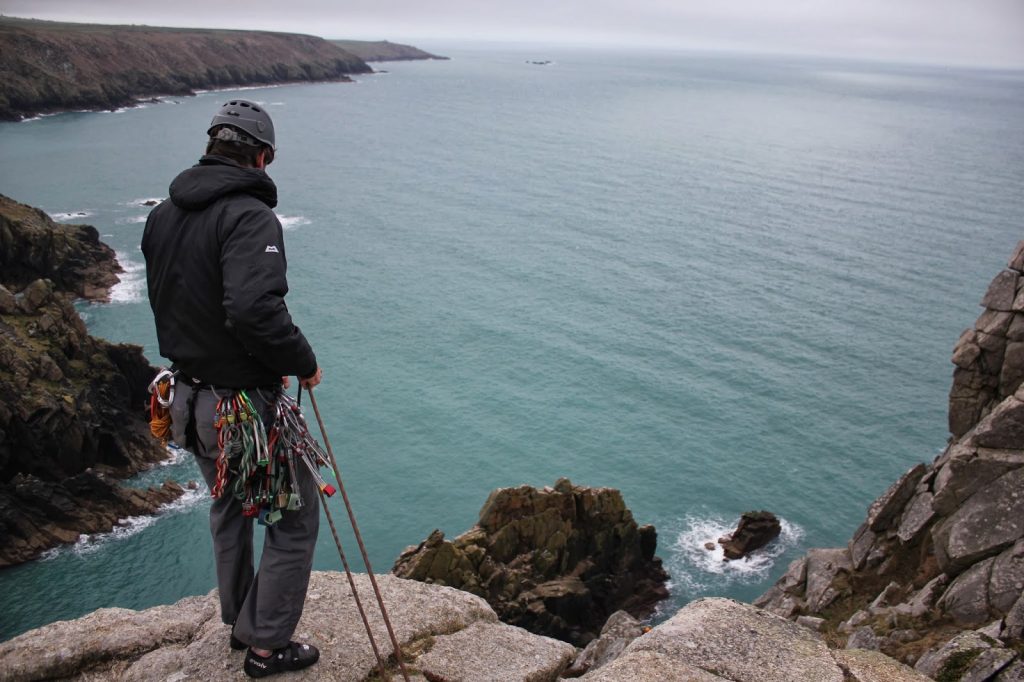 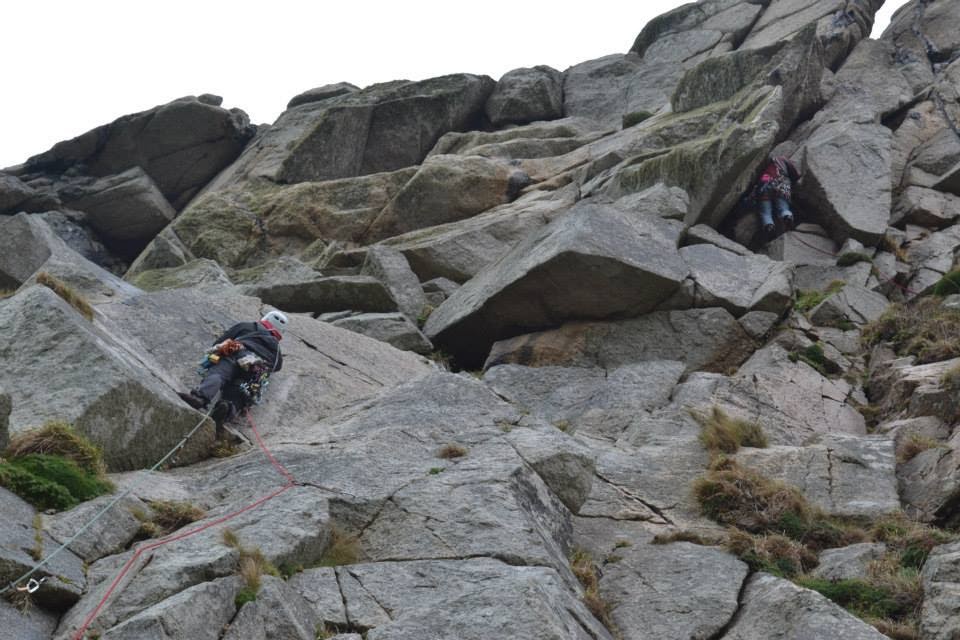 Once we reached the
bottom of the climbs ropes were divided and little groups went off to
try various routes. For those who had their first sea cliff granite
experience, the steep gradient, exposure and height of the cliffs with
the sea below made the climbs a little more exciting than expected.
Grades felt more challenging and topping out was even more rewarding. 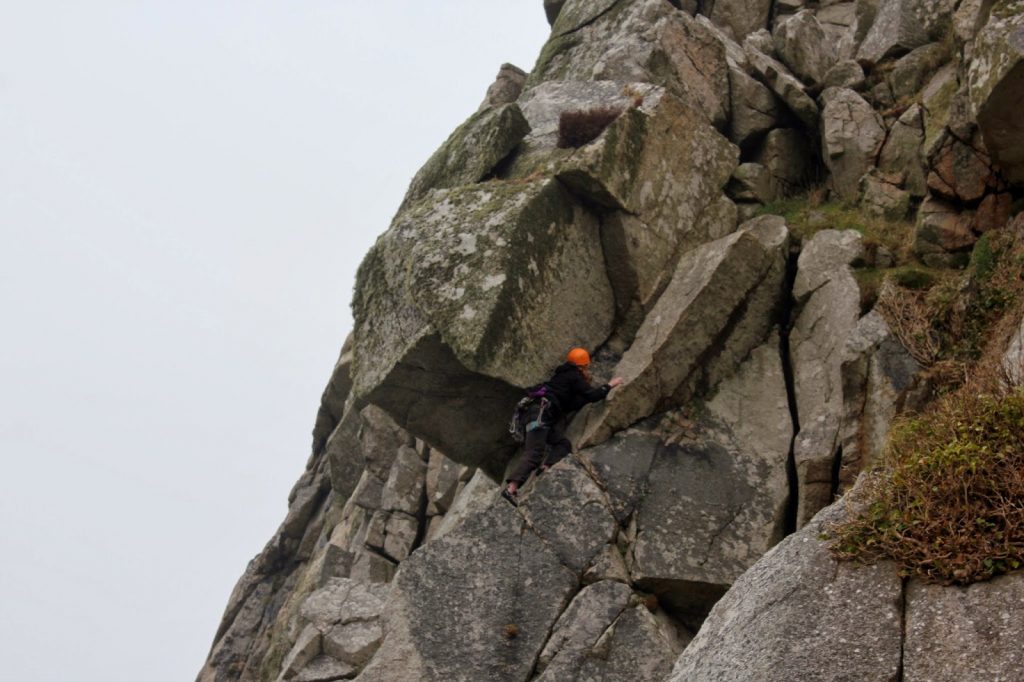 Plenty of climbs were had and everyone in the group got a lead in, particular mention goes to Zolly for leading the “Big Top” and Emily and Emily for their first outdoor leads! Everyone did really well and both areas are defiantly worth a return visit, even more so perhaps for the unexpected highlight of sighting dolphins cresting in the water which caused even more excitement on top of the climbs! The weekend was ended with a traditional stop in Macdonalds before a long drive home.

Well
done to the organizers, drivers, rope washers (wet salty ropes have to
be sorted by someone) and everyone for a great team energy which
resulted in lots of climbing and fun for everyone. 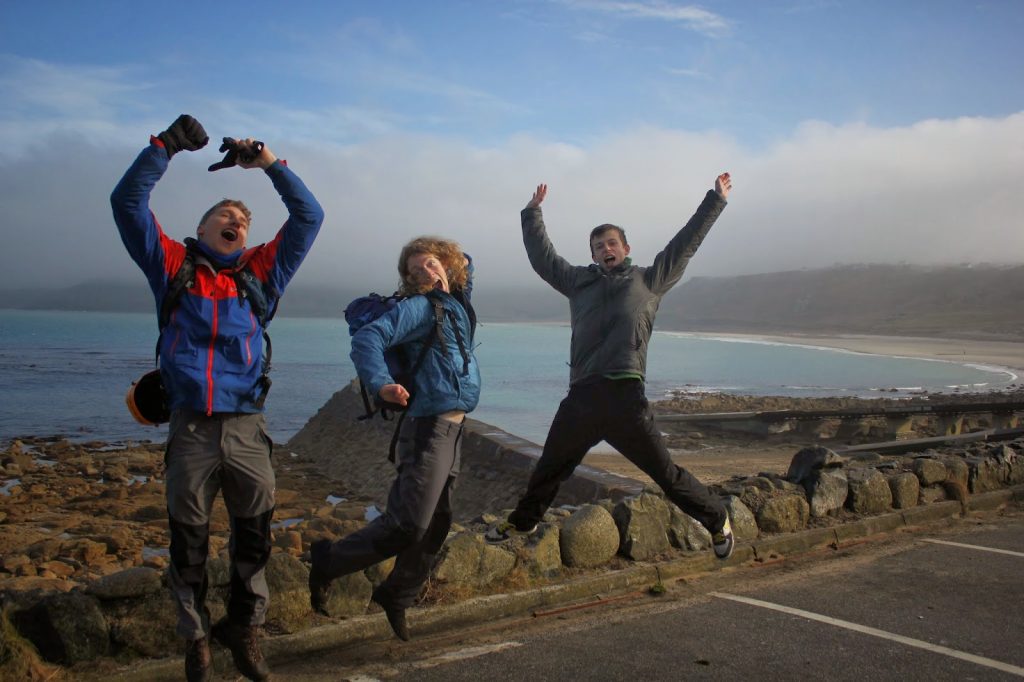 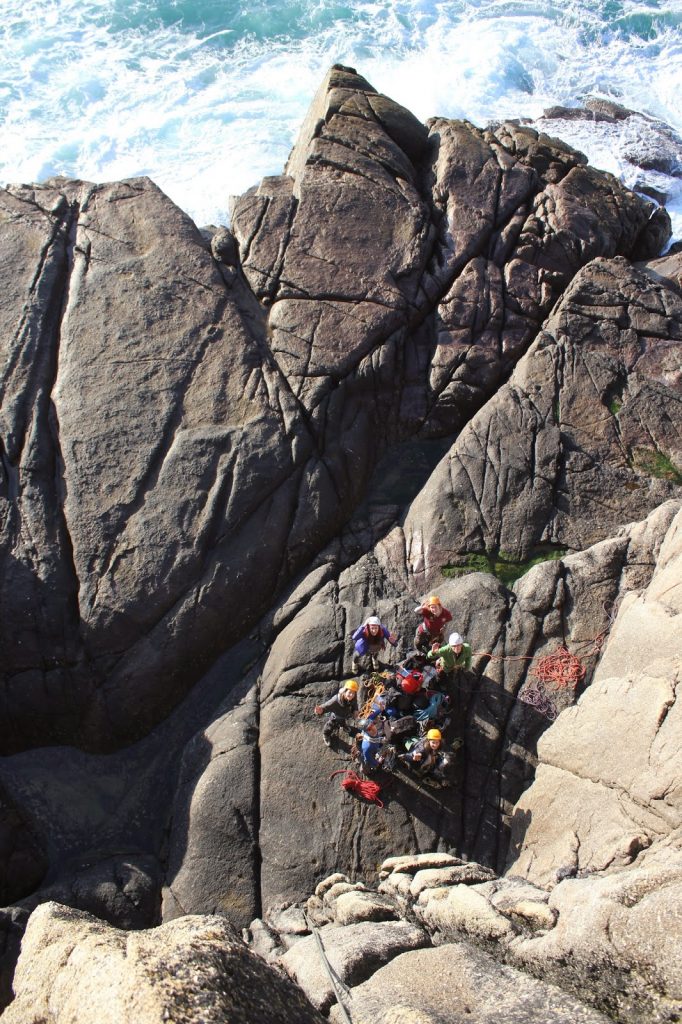