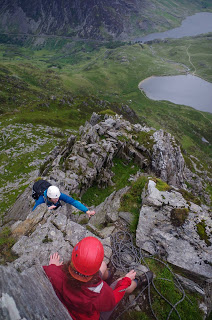 Each year Bristol SU subsidises six UBESters to go on a mountain leadership course in Snowdonia. Despite my (very) last minute application to the course, I was lucky enough to gain a place to learn skills invaluable for anyone hoping to lead walks.
The day before the start of the course the six of us congregated at Gwen Gof Isaf, a campsite right in the shadow of Tryfan. On Sunday, we met our guides for the week- Paul and Rusty- some of the most experienced mountaineers I’ve ever met, who had a story to tell for any situation and an unbeatable knowledge of plants! We then headed out for a day of micro nav, a challenge that felt like we had to find the right blade of grass on the mountainside using only a map and a compass. I quickly learned that wearing hole-ridden, ancient boots was a bad idea when wading through bog… 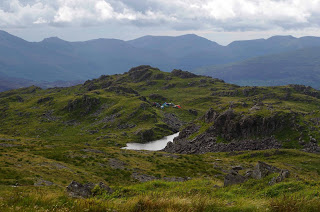 Later in the week we learned to body belay and some basic emergency management, and paid a visit to the Llanberis mountain rescue base. The next day we put the skills into practice with an ascent of the east ridge of Y Garn, during which we were treated to spectacular fly pasts of RAF jets. We managed to keep ourselves entertained in the free evenings: highlights included an ill fated attempt to blend car and tarpaulin into a cooking shelter, and a forlorn ramble up (what turned out to be) a cliff, to try and find a cave Alasdair had spotted on the map. 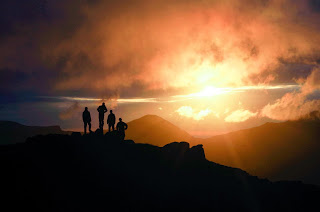 The course culminated in an overnight trek to a beautiful lakeside, where we set up camp for the night. I tried to get a rest before the night nav exercise, but was reluctantly awoken by “Ben, camera!” The magnificent sunset over the mountains proved well worth getting out of bed for! To round off the week in true UBES fashion we headed to Canaervan in full hiking gear for a well-earned Spoons.
Ben Towers
If you’re interested in taking part in ML training next year check out our website for more info.