While some UBESters are scaling alpine pinnacles, others are traversing Transylvanian ridges and some are journeying as far east by bike as they can get, some of the rest of us are spending the summer hard at work on our PhDs, medical degrees and summer placements here in sweltering Bristol. No adventuring for us then? Well think again, this is just what the 5-9 microadventure concept is for. Anna and I (Dave), being the studious types we are, had been discussing a weekday evening microadventure for quite some time and this week we finally had the weather and the gap in our schedules to make it a reality. 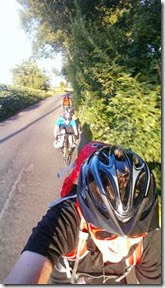 The concept: get out of the city at 5pm, get in some adventure, bivvying and swimming and get back to work the following morning. The transport: rag tag team of road bikes, mountain and trail bikes with panniers & rucksacks. The team: Anna (medic), Tim & Jon(engineers), Tom (PhD chemist),& Dave (PhD biologist). The destination: Brean Down on the Somerset coast.   Road selfie! Under Tim’s roughly printed guidance we set off in the heat covered in bags, helmeted and head-torched to the nines on a picturesque ride taking in Nailsea, Yatton and that village where the Thatchers cider factory is.. The 55km journey was almost too easy and had to be livened up with some super dodgy on-the-move selfies in true UBES fashion. 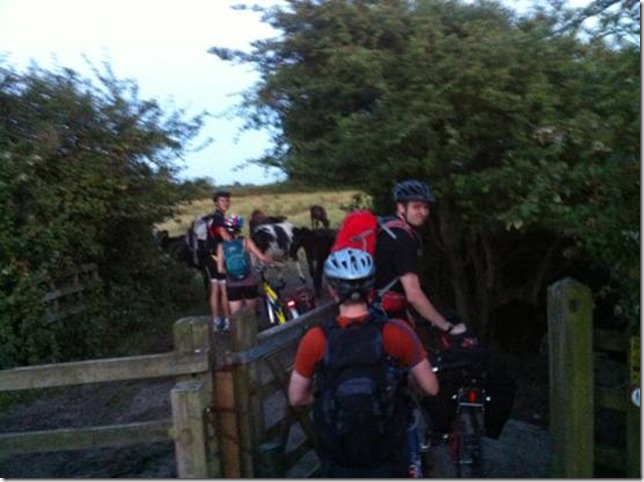 Cows! Shortly before the ominously named village of ‘Uphill’ we realized that the fastest route to Brean would be off-road. With the three road cyclists suitably nervous we set off through kissing gates, herds of cattle and lumpy-bumpy tracks until the sun set and we got some real adventuring under-way ragging it down pitch-black tracks all the way to the fish & chip chop in Brean. 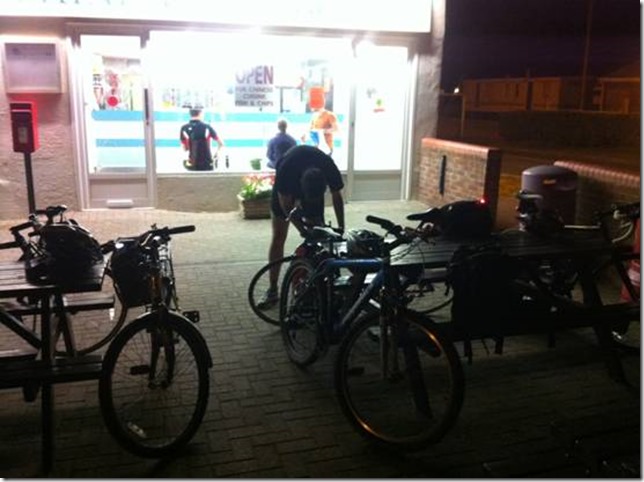 Chip shop! After a hearty dinner including extra free chips from the owners who clearly pitied our Monday night insanity we headed off down some even bumpier tracks to the end of Brean Down peninsula, home to Brean Down Fort (http://en.wikipedia.org/wiki/Brean_Down_Fort) which would be our slightly creepy bed for the night. We found a spot in the moat and settled down in our bivvy bags to watch a few shooting stars and check out the milky way. 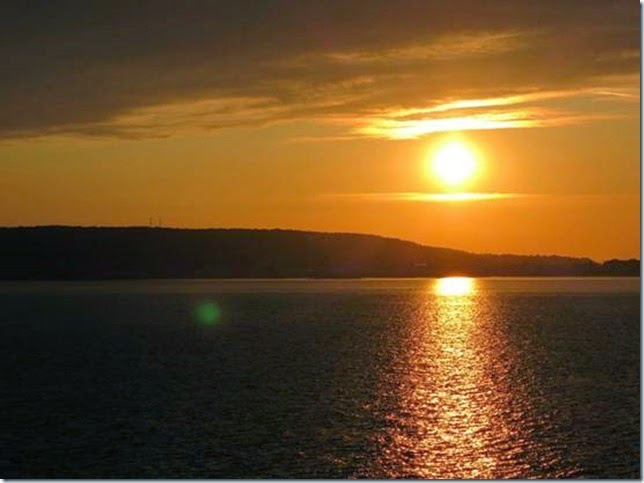 A view only seen by Tim.. In the morning, Tim was up at 5am to catch the sunset and take photos of the rest of us sleeping (cheers, Tim..). One short hour later we were on our bikes and avoiding the local goats on our way to Burnham-on-Sea for an ill-judged and extremely muddy dip in the sea. 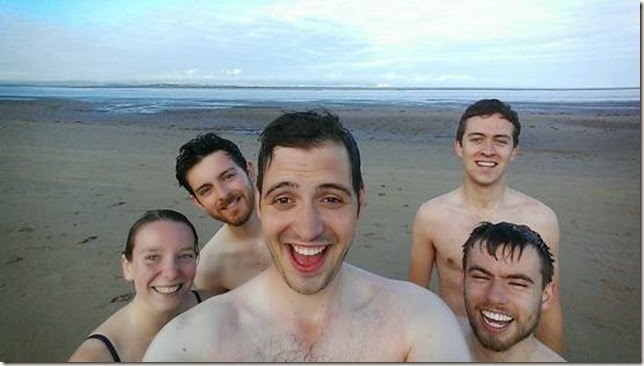 We hopped on the train at Highbridge and were back in Bristol in time for work. That is, of course, if work starts at 11.30.. All in all, a great foray into weekday microadventuring to remind us all that you don’t need to have fancy touring bikes or mountaineering equipment to enjoy all the excitement the UK has to offer. Dave Wilby @goinginanyway (twitter.com/goinginanyway) goinginanyway.wordpress.com