Post AGM blues meant only one thing, a spontaneous trip to North Cornwall! We stayed in Tintagel campsite near the famous castle, which we didn’t visit in the end. Nevertheless we made the most of the sunniest weekend to date in 2014. 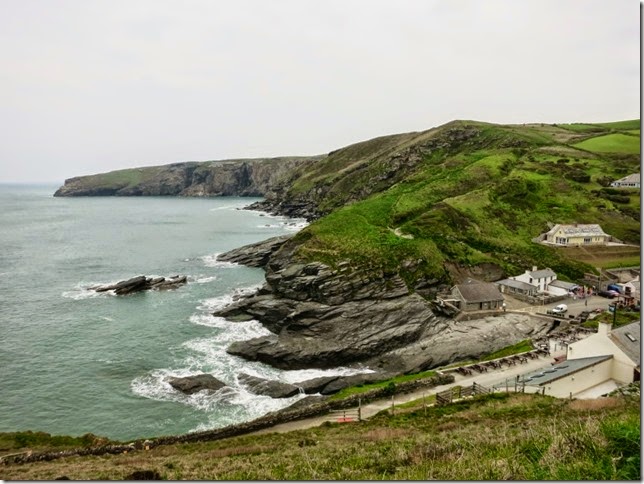 Saturday saw James, Tom and I walk from Tintagel to Rock along the stunningly beautiful South West Coast Path, the boating to Padstow, renamed Ladstow forevermore. The day started cloudy but improved dramatically as we made swift progress along the surprisingly undulating cliff path. The only interruptions were small, out-on-a-limb, inlet villages with a typical Cornish atmosphere, selling pasties and Cornish ice cream. The latter of the two we simply could not resist. The 20 mile walk was a mixture of flat, cliff top bimbling and steep climbing/descending, usually on steps. This added up to over 1600m of total ascent, which although confirmed by UKH and the footpath website, is still very dubious. As we neared the final headland, we picked up the pace in the hope of reaching Rock by 5.30 as this was the last ferry crossing time to Padstow. We ended up sprinting along the beach (no mean feat in walking boots) the final few hundred yards to the boat which, to our horror, began to pull away as we were a mere few metres away. The captain was nice though and we managed to get to Padstow for a wonderful but frightfully expensive portion of Rick Stein’s fish and chips; for this price I’d expect the man to squeeze the lemon and salt the chips himself! The day was by no means over however, as we had to find a way back to Tintagel. This involved getting a bus 1/3 of the way and attempting to hitch-hike the rest. After a good 40 minutes of arm knackering thumbs upping, our faith in humanity was restored when a very generous lady picked us up and drove us a large part of the way. 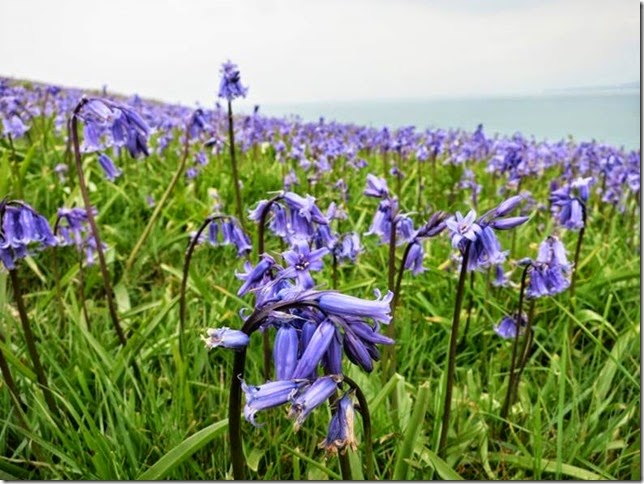 Helen and Errol ran to Polzeath and got the bus back and the climbers had a great day in Roches, which apparently has a building incorporated into the rock-face. Lots of people got some good leads done and Hugo managed a coastal, circular run in the Ladstow area. 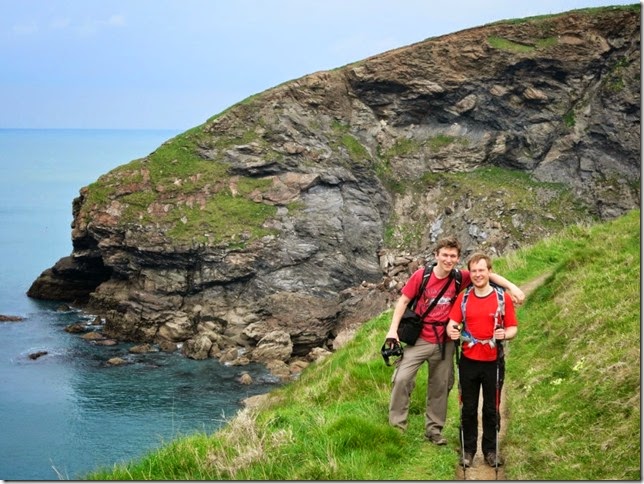 The next day was even more stunning weather-wise and we decided to pack up and walk from Widemouth Bay up the coast to Bude and back along Bude canal. This gentle 8km walk provided a nice bit of rest bite from the previous day, with the sun kissed beaches and emerald green fields inland providing the perfect backdrop for some picture postcard photos. The afternoon was spent relaxing on the beach, cooking, swimming and generally being battered by the tall and subtly overpowering Atlantic surf. After much smash, couscous and pate we reluctantly headed back to Bristol with superb views of Dartmoor. 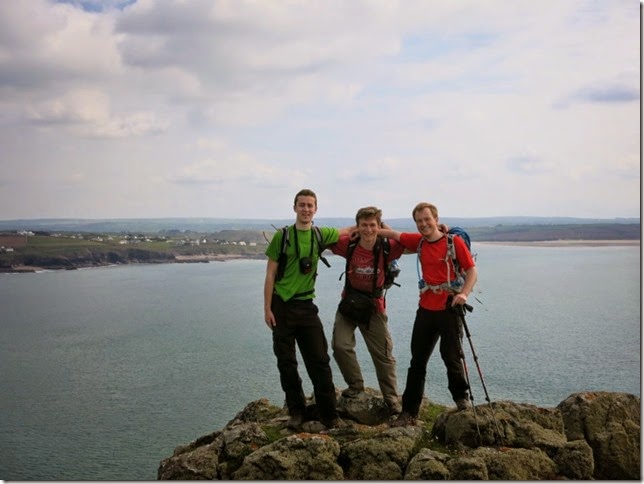 Thanks a lot to everything who made this trip so amazing: The two Emilys, Helen, Tom, Hugo, James, Thom, Errol and Pippa!     Tim 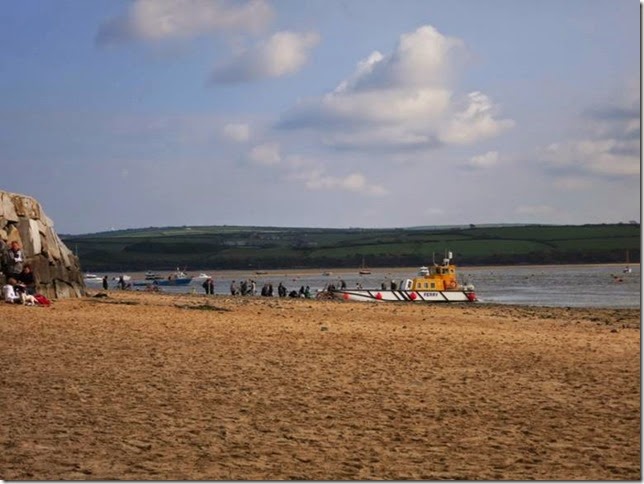 The Rock to Padstow ferry 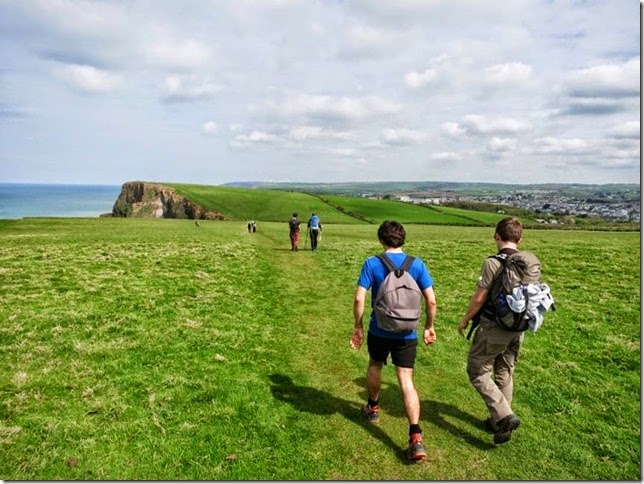 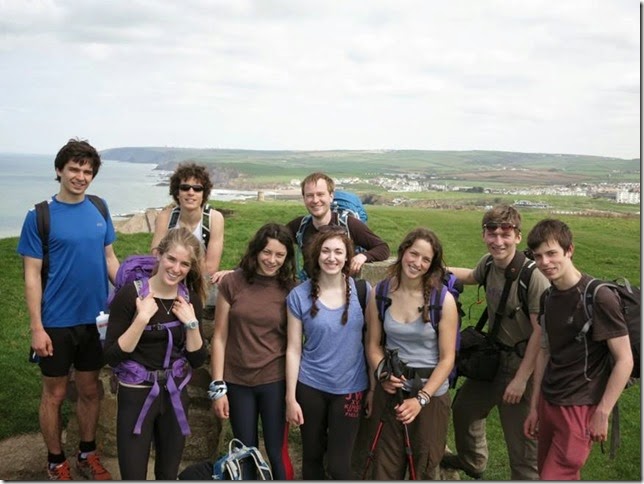 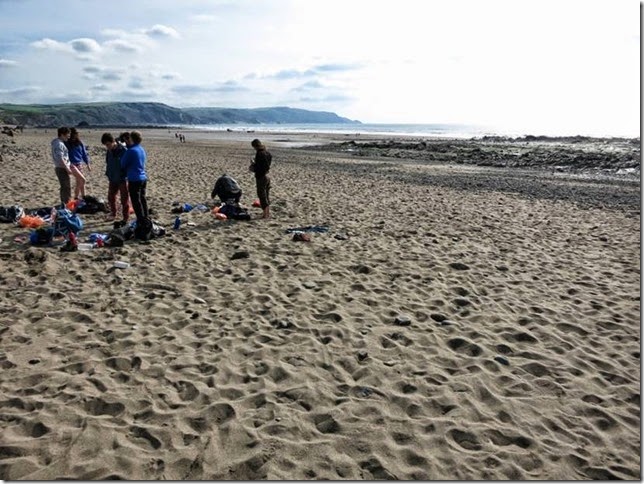