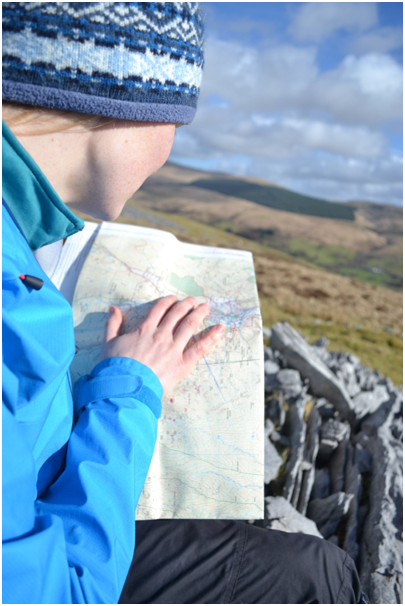 Sunday this week was a long day for the 20 UBESters who took
part in Nav training. The day is sructured to teach sixteen  people in groups of four, going through from
the basics of mountain navigation to technical micronav in poor visibility.

The
day kicked off at 8am with a classroom session in Bristol, highlighting some
points about route planning and weather. After that, the group headed across
the Bristol Channel to Craig y Nos to do some practical navigation on the hills
aroung Castell y Geifr. In a brief respite from the howling storms of this
winter , it was a beautiful clear sunny day, and on the well drained limestone
hills not even especially wet underfoot. 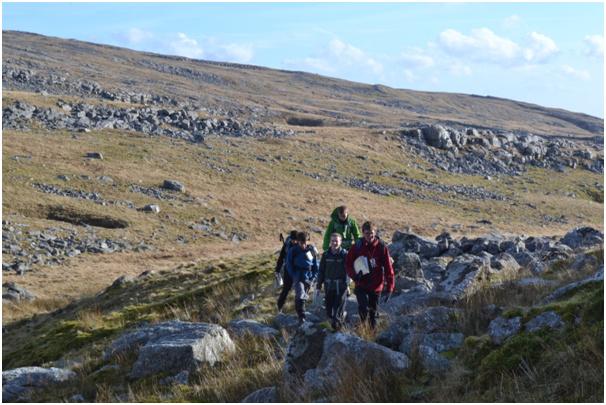 Group members spent the day practising
taking and walking on bearings, relocation, triangulation, distance estimation
and a little bit of group management in the complex pitted terrain of shake-holes,
little crags and lakes of the Black Mountain.
It is a wide open landscape full of interesting features and perfect for
practising micronav and search techniques. We found rivers flowing in to the
hills in several places, feeding the national showcaves of Wales at Dan yr
Ogof, and even stumbled across the remains of Wellington Bomber that crashed on
Carreg Goch on a training exercise in 1944. 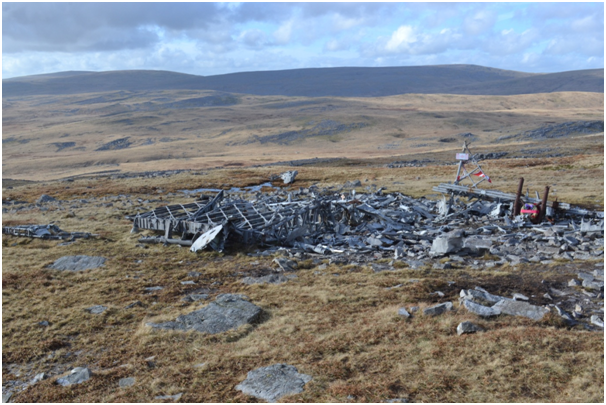 After
making dinner at the absolute-adventure self catering bunkhouse at Rhongyr
Isaf, we had a further discussion of leadership responsibilities and headed out
for some night-nav on the hills above Penwyllt quarry, doing some relocation as
a big group and then splitting up again to do some further practice of the
skills learned during the day. We were finally down off the hill by about 2320
and headed back to Bristol. 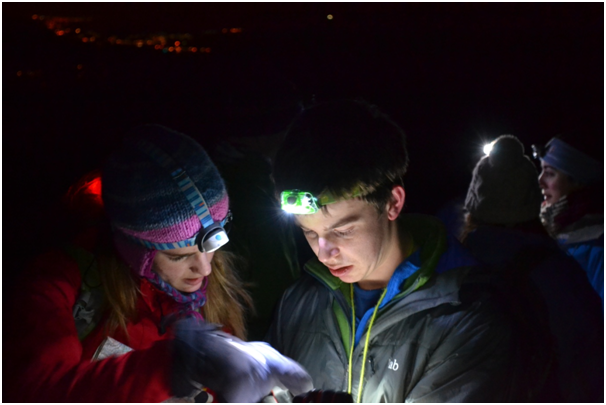 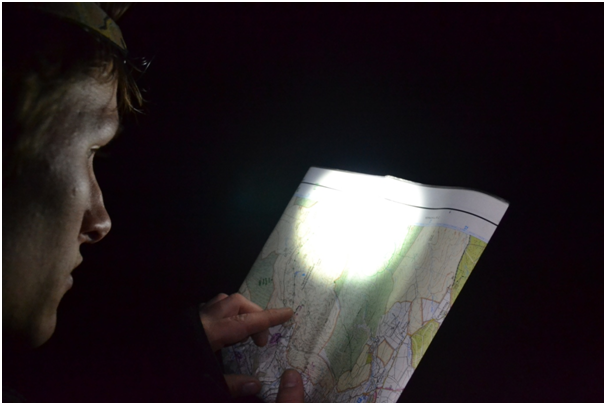